MS Dhoni Has Retired, So Have I, Says His Pakistan-born Fan 'Chacha Chicago'

Travelling the world to watch arch-rivals India and Pakistan in action doesn't make sense anymore to Bashir Bozai, aka 'Chacha Chicago', who endured abuses from Pakistani fans while cheering for MS Dhoni 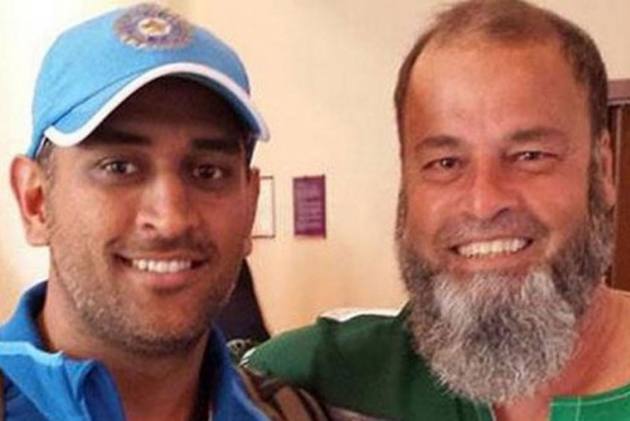 Travelling the world to watch the arch-rivals in action doesn't make sense anymore to Bashir, aka 'Chacha Chicago', who endured abuses from Pakistani fans while cheering for Dhoni.

The well-known chacha, instead, plans to visit Ranchi to meet the man whose sphere of influence spreads far and wide.

"Dhoni has retired and so have I. I don't see myself travelling for cricket again with him not being around. I loved him and he loved me back," Bashir told PTI from Chicago, where he runs a restaurant.

"All great players have to call time one day but his retiring makes me sad and brings back a lot of precious memories. He deserved a grand send-off but again he is beyond that," he added.

The unspoken bond between Bashir and Dhoni blossomed after the 2011 World Cup semifinal between the two countries.

A ticket for the arguably the biggest game of the tournament in Mohali was a precious commodity but Dhoni arranged it for the 65-year-old, enough for him to "unconditionally love" the World Cup-winning captain for life.

For someone who survived three heart attacks and cris-crossed the globe to see Dhoni in flesh and blood, cricket will never be the same. Now that he is done attending live games, his next stop is Ranchi.

"I will go to his house in Ranchi when things get normal (post COVID-19 pandemic). That is the least I can do to wish him all the best for the future. I will also ask Ram Babu (another super fan, from Mohali, to come with me).

"I would have travelled to see him in the IPL but there are travel conditions and with my heart condition, it is not safe to do so," said Bashir, whose wife hails from Hyderabad (India), a place he visited in January this year.

ALSO READ: When Dhoni's Captaincy Was Saved By Srinivasan

He says what makes his relationship special with the Dhoni is that they never interacted much during tournaments, most recently the 2019 World Cup in England, but the Indian legend was always there to help him before he could ask.

"On some occasions, I did get some time with him, but in 2019, we could not interact much. But like always, he arranged a ticket for me.

"And during the Asia Cup in 2018, he took me to his room and gave me his jersey. That was really special just like the two times when he gave me his bat.

"When he did not have the time reach me, he sent a member of the support staff with the tickets. He did not have to do that but he did," said an emotional Bashir.

But which is his most cherished memory as a lifelong Dhoni fan?

"This particular incident during the 2015 World Cup I can never forget. I was there for a game in Sydney and was sitting in the sun, it was extremely hot.

"Suresh Raina came from nowhere and gave me sunglasses. He said 'it is from Dhoni bhai not me'. I smiled back at him."

Such was his loyalty to Dhoni that Bashir would openly cheer for India and for that, he, at times, had to endure abuses from Pakistani fans.

"This one time in Birmingham, the Pakistani fans hurled choicest of abuses at me and even called me a 'Gaddar' (traitor). I had to ignore all of it. I love both countries and humanity comes first anyway," he signed off.