With two new teams coming in for the Indian Premier League next season, most of the squads are likely to go for a major overhaul in the IPL 2022 mega auctions. 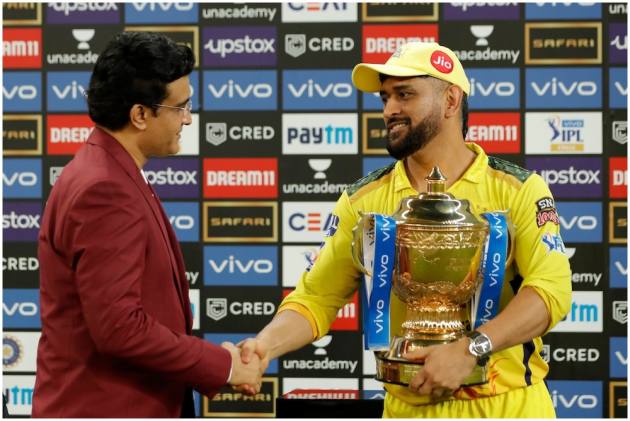 “Well, I still haven’t left (smiles),” was MS Dhoni’s cheeky response when asked about his legacy created at the Chennai Super Kings (CSK) over the last decade. The words from Dhoni come after CSK defeated Kolkata Knight Riders (KKR) by 27 runs in the IPL 2021 final to lift the trophy for the fourth time in Dubai on Friday.

Dhoni, 40, in his inimitable style kept questions on his IPL retirement open-ended but did admit that a lot of things will depend on the kind of retention policy that BCCI puts in place for the big auction next year.

“It depends on BCCI with two new teams coming in,” Dhoni said at the post-match presentation. “Well it’s not about me playing for CSK, it’s about what is best for CSK. The core group has carried the team for 10 years. No we need to see what is best.”

With two new teams adding up from the next edition of the IPL, the teams are likely to go for major transformations at the mega auctions. But Dhoni said that he hasn’t decided how he would fit into the retention scheme of things.

“It’s not about me being there in top-three or four. It’s about making a strong core to ensure the franchise doesn’t suffer. The core group, we have to have a hard look to see who can contribute for the next 10 years,” added Dhoni, who would be mentoring India at the T20 World Cup next.

Defending 192/3, CSK were made to work hard for wickets as KKR raced to 90-plus in 10 overs. However, a sudden batting collapse derailed their chase as they lost seven wickets for 32 runs to gift CSK their fourth IPL title. Faf Du Plessis played a blinder of an innings scoring 59-ball 86 for CSK.

“Before I start talking about CSK, it’s important I talk about KKR. From the position (two wins in the first seven games) they were in after the first phase, to perform this well, it’s very difficult. If any team deserved to win the IPL this year, it is KKR for the way they have played. I think the break helped them,” said Dhoni.

While CSK boast the most number of IPL finals – nine – to their name, the Dhoni-led side have also lost five times when it mattered the most. Dhoni emphasized on not letting the opposition was something they wanted to improve.

“Yes we are most consistent team looking at the stats but we have also lost finals. Not letting the opposition in is something we consciously wanted to improve. I hope CSK in the coming years will be known for that,” he added.

The former India captain had words of appreciation for the fans too.

“I would love to thank the fans. We are in Dubai now. Even when we played in South Africa, we always got a good amount of support. Thanks to all of them. It feels like Chepauk, Chennai. Hopefully, we will come back to play of the Chennai fans next year,” Dhoni signed off.