During the 2006 Faisalabad Test between India and Pakistan, MS Dhoni hit 148 off 153 balls to frustrate Pakistan bowlers, including Shoaib Akhtar 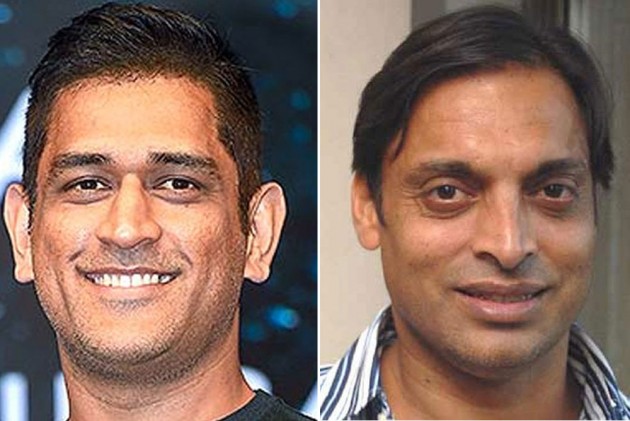 Shoaib Akhtar admitted that he had apologised to Mahendra Singh Dhoni for intentionally bowling a beamer during the 2006 Faisalabad Test between Pakistan and India. (More Cricket News)

Playing in his fifth Test match, Dhoni scored 148 for his first century in the longest format of the game. The high-scoring match ended in a draw.

"I think I had bowled a 8-9 over spell in Faisalabad. It was a quick spell and Dhoni scored a hundred. I purposely bowled a beamer to Dhoni and then apologised to him," Akhtar told Aakash Chopra during an 'AakashVani' show.

READ: MS Dhoni Fine-tunes Ahead Of T20 Carnival In UAE

After Pakistan scored 588 in their first innings with the help of centuries from skipper Inzamam-ul-Haq (119) and Shahid Afridi (156), India responded strongly, scoring 603. Captain Rahul Dravid (103) and Dhoni scored tons. Irfan Pathan missed out on a hundred by 10 runs.

Pakistan then declared their second innings at 490/8 with Younis Khan (194) and Mohammad Yousuf (126) scoring tons. India batted only eight overs in the fourth innings, before heading to Karachi for the decider in the three-match Test series.

Akhtar admired Dhoni's knock at Iqbal Stadium, saying the Indian wicket-keeper kept hitting him no matter how fast he bowled.

"It was the first time in my life I had bowled a beamer purposely. I shouldn't have done it. I regretted it a lot. He was playing so well and the wickets were so slow. However fast I was bowling, he kept on hitting. I think I got frustrated," Akhtar added.

During his 153-ball knock, Dhoni hit 19 fours and four sixes, while Akhtar took a wicket (that of Sachin Tendulkar's) in his spell of 25 overs.