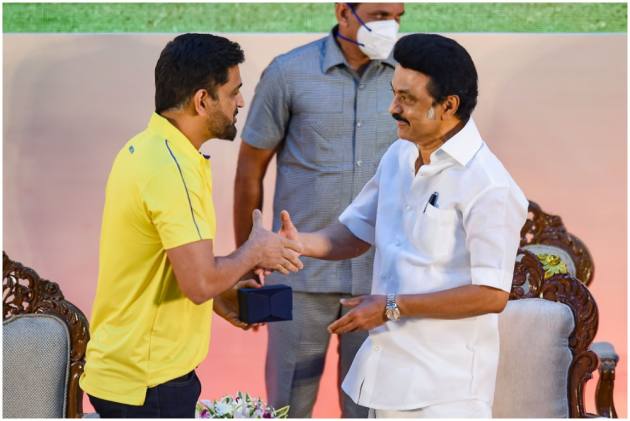 Chennai Super Kings’ skipper Mahendra Singh Dhoni on Saturday reiterated that his last T20 game would be played in Chennai but said he does not know ‘whether it is next year or in five years’ time’. (More Cricket News)

Dhoni, who led CSK to their fourth Indian Premier League (IPL) title last month in the UAE, had earlier said made it clear that he would be wearing his favourite yellow jersey for at least one more season and the fans will certainly see him playing a ‘farewell game’ at their beloved Chepauk.

“I have always planned my cricket. The last game I played was in Ranchi. The last home game in ODI was at my hometown in Ranchi. So, hopefully, my last T20 will be in Chennai. Whether it’s next year or in 5 years’ time, we don’t really know,” Dhoni said at CSK’s IPL victory celebration in Chennai on Saturday.

“Overall, it is the fan following which CSK has got, it goes much beyond Tamil Nadu, it goes beyond the borders of India. Wherever we play -- be it in Bengaluru, Johannesburg or Dubai, we have got the support. Even during the lean patch, we missed two years of IPL and that was the period CSK was most talked about on social media,” he added.

Srinivasan was all praise for Dhoni and his leadership. “People talk about Dhoni’s legacy and where he is going. He has not gone anywhere, he is still with us,” said the former BCCI chief.

The iconic former India captain has not played in Chennai since 2019 as the 2020 edition of IPL was held in the UAE and CSK played matches in the first phase of the tournament earlier this year in Mumbai before it was suspended due to a breach in the bio-bubble.

If sources are to be believed then CSK will be retaining three players --- skipper Dhoni, all-rounder Ravindra Jadeja and prolific opener Ruturaj Gaikwad for the next auctions. The 40-year-old former India captain retired from international cricket in August last year.