MS Dhoni smashed a six-ball 18 against Delhi Capitals to revive memories of his ability to finish matches. Chennai Super Kings have entered the IPL final for the ninth time. 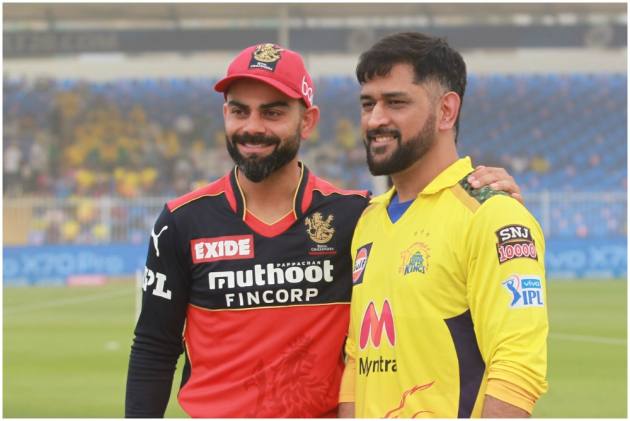 When MS Dhoni bats, everyone watches in awe! He may not be the same match-winner anymore but the 'old' MS Dhoni surfaced on Sunday night to take Chennai Super Kings to a final of the Indian Premier League for the ninth time. (More Cricket News)

Dhoni dispatched Delhi Capital pacer Tom Curran for three boundaries in the final over to send CSK fans around the world delirious with joy. Once the 'greatest finisher' of the game has arrived again. Even Indian skipper Virat Kohli gasped for breath!

When Dhoni came into bat, CSK needed 24 off 11 balls. A well-set Ruturaj Gaikwad had just got out for a fine 70 and CSK needed a man with a cool mind and an ability to whack the ball. The first ball he faced was a dot but after that Dhoni got cracking. He banged Avesh Khan off the back foot for a flat six over the deep mid-wicket.

That was the beginning of something special. Moeen Ali’s dismissal in the first ball of the final over brought MS Dhoni again on strike. CSK needed 13 runs from five balls then. The former India skipper turned the tables with back-to-back fours off Curran to bring down the equation to five runs from three balls.

The pressure was palpable on Curran who bowled a wide in the next before Dhoni pulled a short ball behind point for a boundary to seal the deal for CSK. Needless to say, anybody would jump off his seat after watching such a finish. One such person was India and Royal Challengers Bangalore captain Virat Kohli.

Kohli, whose RCB play Kolkata Knight Riders in the IPL 2021 Eliminator on Monday, immediately tweeted in joy claiming MS Dhoni to be comeback king. “Anddddd the king is back. The greatest finisher ever in the game. Made me jump outta my seat once again tonight,” Kohli said.

Anddddd the king is back âÂÂÂ¤ï¸ÂÂÂthe greatest finisher ever in the game. Made me jump Outta my seat once again tonight.@msdhoni

While CSK booked their ninth IPL final ticket, Delhi Capitals will get another shot at the final as they will play the winner of the KKR versus RCB game on October 13.