Mumbai Indians have been champions in the previous two editions of the tournament. The last time MI finished out of top four was in 2018 when they finished fifth. 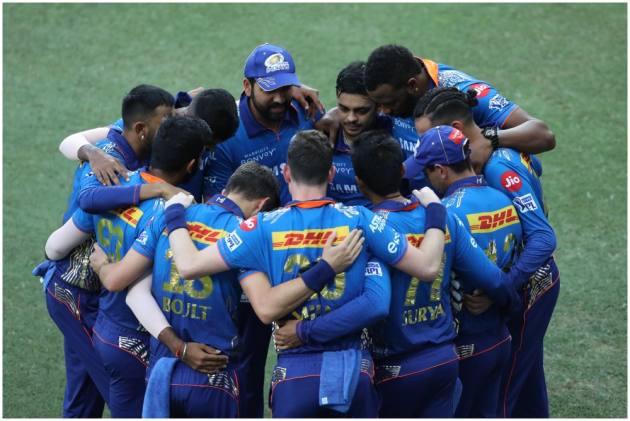 Defending champions Mumbai Indians (MI) skipper Rohit Sharma said their ‘collective failure as a group’ in the second leg of IPL 2021 led to their early exit from the tournament. It is for the first time in three seasons that five-time champions MI have not entered the last four after lifting the trophy in the past two editions. (More Cricket News)

“We had a fabulous run as a franchise. We can be very proud of what we have created. We were just getting into the momentum of winning games in Delhi, and then there was a break in between. Once we came here, there was collective failure as a group,” a disappointed Rohit said at the post-match presentation.

“When you play for a franchise like Mumbai, you are always expected to perform. I wouldn’t call it pressure. More than anything, it is the expectation. What we have created as a group stands out in the last 5-6 years.”

Rohit admitted that MI encountered a stop-start season in this IPL. “But we had an on-and-off season. But very happy with the win today, we gave everything, and I am sure it was entertaining for the fans too. Little disappointed we couldn’t go through.”

The MI skipper was full of praise for young wicket-keeper batter Ishan Kishan who hit a whirlwind 84 off 32 balls. “Ishan Kishan is a very talented player, just the right position to bat is crucial. He just batted the way we want Ishan to,” he said of the left-hander who was won the man-of-the-match award for his exploits with the bat up the order.

SRH’s stand-in skipper Manish Pandey, who hit an unbeaten 69 off 41 balls in a losing cause, too said that the season was a tale of collective failure for the side. “We had a lot of changes in the side, that didn’t work for us.

“We were struggling in the first few games too, and had to pull ourselves up in the second leg but the whole team didn't put in complete performances, despite some really good individual performances,” he said.

Man-of-the-match Kishan said he went out with a positive mindset and it paid off. “Getting in good touch before the World Cup. Good state of mind is very important. I knew we are in a do-or-die situation. It was just the intent and the positive mindset.

“I haven’t scored as many boundaries in the cover region this season. You have to be prepared for every circumstance. It's important to be in that mindset. “I had a chat with Virat (Kohli) bhai, HP (Hardik Pandya), KP (Pollard) - they were all there. I would love to open, and that is what Virat bhai said. But at the bigger level, you need to be prepared for everything.”