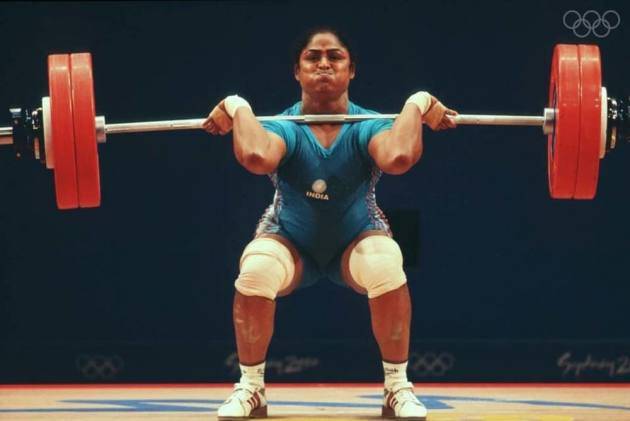 My upcoming biopic will be a true story of my journey from my struggle in a small village in Andhra Pradesh to becoming India’s first-ever woman Olympic medal winner in 2000; it will not be a love story, retired twice world champion weightlifter Karnam Malleswari has announced.

The iron woman assures that it would be a real tale of a poor girl, beginning from her native village in Andhra Pradesh and ending at the Olympic podium in Sydney – winning a ‘golden’ bronze -- and all the struggles that she went through in between. She says she wants her story to motivate young sportspersons who can go on to win medals for India.

“Everyone knows that I won an Olympic bronze medal [in 69kg category]. This film will show my journey of how I reached there. After winning a medal, everyone laps up an athlete, but not everyone knows the hurdles, the disadvantages, the problems that athlete faces on way to victory, and who all supported and who didn’t. There is not one sportsperson who wins everything in his/her entire life. Often one faces downfalls and accepts defeats. My biopic will show how I handled all these negative things,” Malleswari told Outlook candidly.

“My idea is that if a film on me is to be made it should act as a motivator for upcoming and future sportspersons. Mostly people from poor background take up weightlifting. Kids from rich family usually choose ‘luxury sports’. But only the poor and needy kids choose weightlifting. My story is also the same. I came from a poor family and a small village [Amadalavalasa in Andhra Pradesh]. I would think that everyone would like to see such a film, young sportspersons would get motivated, and go on to win many more medals,” the 45-year-old celebrated weightlifter emphasises.

When asked about the aspect of her journey that she thinks would motivate youngsters the most, Malleswari said: “The film would be on my entire journey -- from the time I started to becoming world champion [in 54kg category, 1994, Istanbul; and in 54kg, 1995, Guangzhou] to my back injury to my downfall etc. As I say, no one can reach the top without going through the downfalls. But since the script is still not ready, I wouldn’t be able to tell you this.”

After hearing out producers and directors from across the country in the last five years, Malleswari has decided to go with Telugu director Sanjana Reddy, and producer Kona Venkat for her biopic.

A Chief General Manager with Food Corporation of India, Malleswari says she would not hide any part of her career in the film. “There is no aspect in my life story that may cause embarrassment to me and which could be avoided in my biopic. I have reached where I am today through sheer hard work and struggle. That’s what I am trying to say – everyone has his own story. There is a different kind of lifestyle for those who choose ‘luxury sports’,” she says.

“Weightlifting is a sport rooted to the ground. There will not be any love stories, no bouquets in the biopic; but only my hard work and reality. There will be nothing to hide. The only thing is that we will have to see what all we can include in two-and-a-half-hour or three hours. When I was having discussions with the film people, I told them only the story of Karnam Malleswari should be seen in the film,” she discloses.

During Malleswari’s successful career, Kunjarani Devi was another top weightlifter, though in a different weight category. They, at times, levelled certain allegations against each other in the media. Asked if this kind-of ‘rivalry’ would also be part of the movie, Malleswari said she and Kunjarani were not rivals.

“Kunjarani Devi played in lower weight – 44kg, 46kg, and 48kg – while I played in 54kg, 56kg, and upper classes. Some categories were discontinued – for example, the 52kg category became 54kg. So, automatically you would not get to see my record. But the kind of performances that I gave internationally no Indian woman has emulated. They were nowhere near my performances, leave alone touching those. So, how can you say that there were rivalries with me? Rivalries happen when two or more athletes are neck and neck in performances. All that needs to be shown will be shown in the biopic,” she avers.

Malleswari says it is still not decided if she herself would make an appearance in the movie. “We have not gone so much ahead. At the moment, the script is being written. They will bring the complete script to me and I will see if anything is missing or not. If something is missing we would add that. After that we would discuss other things,” she says.