Home  »  Website  »  Sports  »  My Desire To Play For India Hasn't Diminished One Bit: Dinesh Karthik Claims He Has Good Chance Of Comeback

My Desire To Play For India Hasn't Diminished One Bit: Dinesh Karthik Claims He Has Good Chance Of Comeback

Dinesh Karthik, who has played 26 Tests, 94 ODIs and 32 T20s over a 15-year-career, is used to making comebacks but to make another one will be tougher than ever for the 34-year-old 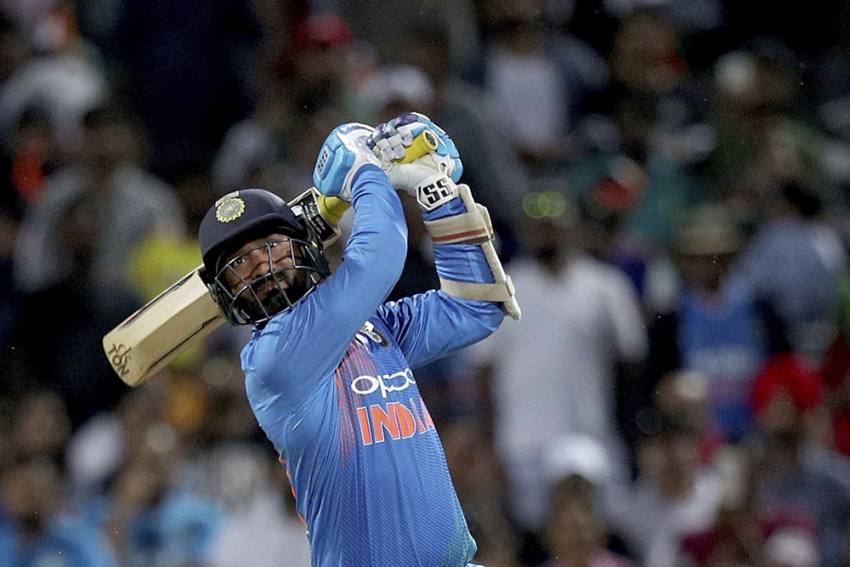 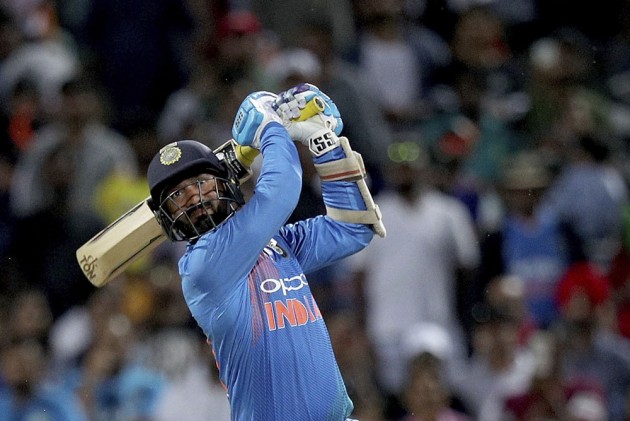 Dinesh Karthik understands the reason for his exclusion from India's ODI team after an underwhelming 2019 World Cup but what he can't comprehend is the T20 snub as that is one format where he is still confident of making significant contributions. (More Cricket News)

Karthik, who has played 26 Tests, 94 ODIs and 32 T20s over a 15-year-career, is used to making comebacks but to make another one will be tougher than ever for the 34-year-old. And he knows that.

“My record in T20s has been good. A big tournament like the World Cup did not go exactly as per the plan. I could understand the one day bit (being dropped from ODIs) but even now I would like think that I stand a good chance in returning to the T20 side.

"I have done well even in the recent domestic games that I have played. I have no reason to doubt myself (that I can’t make another comeback),” Karthik told PTI in an exclusive interview.

Does getting dropped hurts? "It does hurt, no doubt about that. I have always had this burning desire to play for my country and it hasn't diminished one bit.”

It was a rollercoaster ride for Karthik leading up to the World Cup as he was dropped for the home ODI series against Australia, India's last before the showpiece event.

However, the selectors picked him in the squad over Rishabh Pant for his "better" wicket-keeping skills.

Eventually, Pant too became part of the World Cup side after Shikhar Dhawan fractured his thumb in the middle of the tournament.

Karthik failed to make an impact in two innings he got in the World Cup including the semifinal which India lost to New Zealand. In fact, Indian team management drew heavy flak from all quarters for fielding three specialist keepers (MS Dhoni, Rishabh Pant and Karthik) in playing XI while ignoring specialist batsman Kedar Jadhav.

He was assigned the role of a finisher in the T20 side and his most significant knock came in the 2018 Nidahas Trophy final where he hit a last-ball six to win India the title.

Though he has slipped considerably in the pecking order, Karthik remains hopeful of another comeback. KL Rahul is currently being tried as a wicketkeeper-batsman in limited overs cricket at the expense of Pant.

Sanju Samson too is in the mix but which route the new selection panel takes remains to be seen.

The KKR captain, who was preparing hard for the IPL before the lockdown was announced, seems to be comfortable in his own skin.

"That is how the sport has always been for me. Full of ups and downs. It has taught me a lot of things. It (being out of the team) is not something new to me so I am comfortable in the space that I am in.

"There is a T20 World Cup round the corner and I know if I do well, I stand a good chance of making the team. I know it gets tougher every time. The team is getting stronger all the time and it is great to watch. But it is my duty to get better as a player and the rest will take care of itself," the Tamil Nadu veteran said.

The IPL, which has been postponed indefinitely due to the COVID-19 pandemic, would have been an ideal platform for Karthik to make his case for his umpteenth comeback. But considering the circumstances, the game has taken a backseat.

"With everything that has been happening, I am not able to think too much about the IPL. I have moved into a state where I have accepted that it is not going to happen for now. Before the lockdown, I was practising really hard for the IPL, just like I did it every other tournament.

"There is still a lot of hope (of playing for India again), it is always there. In fact, the entire world is living on hope right," said Karthik, who is keep himself fit with regular workout sessions at home.

On how he is dealing with the lockdown, he added: "If at all, anybody is well acclimatised for a situation like this, it is the sportspersons. We tend to move around the world, stay in hotel rooms all alone, so to a large extent we are used to it.

"The whole world is doing it (staying at home) at the moment, fighting for one cause. Hopefully, we can eradicate this virus."