Sri Lanka have already qualified for the T20 World Cup 2021 Super 12 stage while Netherlands are out of the equation. The winner of NAM vs IRE will advance to the next stage. 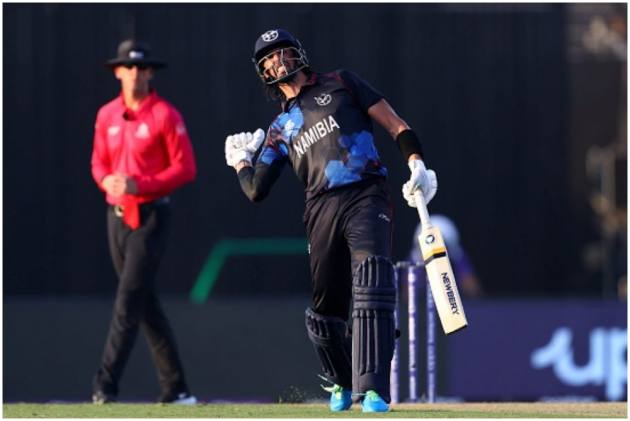 Their future in the tournament at stake, Namibia and Ireland will look to put their best foot forward when they clash in a battle of survival in a Group A game of the ICC Men’s T20 World Cup in Sharjah on Friday.

Both teams have lost to Sri Lanka and beaten the Netherlands and thus have two points each. With Sri Lanka already through to the Super 12s stage and the Netherlands out of the equation, the winner of Friday's clash between the two will become the second side from Group A to advance to the next stage.

Going ahead, Ireland will hope for a better display with the bat. They made short work of the Dutch in their campaign opener but everyone failed to cope against the formidable Sri Lankan bowling attack barring skipper Andrew Balbirnie (41) who fought a lonely battle in the side's 70-run loss.

Pacers Curtis Campher (4 wickets), Joshua Little (5 wickets) and Mark Adair (5 wickets) have done well with the ball and Ireland will be counting on the trio to get the job done against Namibia.

Talking about Friday’s clash, captain Balbirnie said, "We are excited. They are the games you want to play in when you grow up watching cricket and see the knock-out games. They are the ones we want to be part of, so we will rest up and be ready."

“We started the week really well and put in some really good performances against the Dutch. We knew if we lost that game, we would be playing catch up. We have a massive game on Friday now and it is all to play for.”

On the other hand, debutants Namibia will be high on confidence having completed their highest-successful chase in a T20I to notch up their maiden World Cup win on Wednesday against the Netherlands.

Having been bowled out for 96 in their opener, the Namibian batters did well to overhaul the target of 165 with one over to spare against the Netherlands. The chief contributor with the bat was experienced all-rounder David Wiese, who displayed his sensational power-hitting skills.

With openers Stephan Baard and Zane Green failing in the two games so far, Wiese alongside skipper Gerhard Erasmus and Craig Williams will need to shoulder the responsibility of putting runs on the board while the bowlers will also have their task cut out.

With the tournament moving to Sharjah, the two teams will have to quickly adapt to the slow pitches. In the recently concluded IPL, bowlers who were able to vary their pace found more success here.
Squads: