Manpreet Singh was originally recommended for the Arjuna award but he joined veteran goalkeeper P R Sreejesh as the second hockey player in the list of awardees for the highest sporting honour. 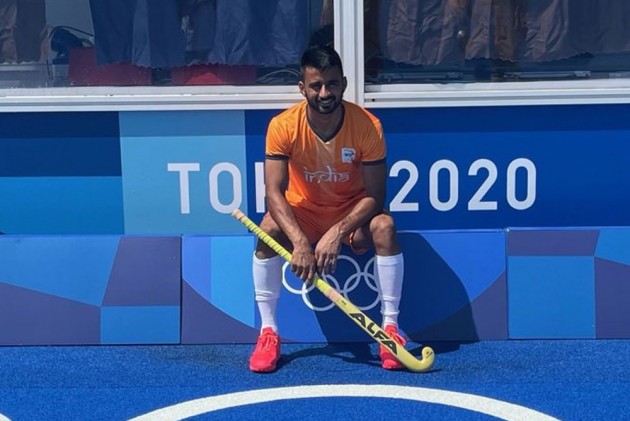 Olympic bronze-winning Indian men's hockey team captain Manpreet Singh was on Tuesday added to the list of Major Dhyan Chand Khel Ratna awardees, taking the total number of this year's winners to an unparalleled 12, with the ceremony scheduled for November 13 at the Rashtrapati Bhavan. (More Sports News)

Manpreet was originally recommended for the Arjuna award but he joined veteran goalkeeper P R Sreejesh as the second hockey player in the list of awardees for the highest sporting honour.

Among 35 Arjuna awardees are most of India's Paralympic medal winners and cricketers Shikhar Dhawan and Mithali Raj.

"The awardees will receive their awards from the President of India at a specially organized function at the Darbar Hall of Rashtrapati Bhavan on 13th November, 2021 (Saturday) at 1630 hrs," the sports ministry announced.

It was held online last year due to the COVID-19 pandemic.

The Khel Ratna award is given for the spectacular and most outstanding performance in the field of sports by a sportsperson over a period of previous four years.

Arjuna Award for outstanding performance in Sports and is given for good performance over a period of previous four years and showing qualities of leadership, sportsmanship and a sense of discipline.

"A large number of nominations were received for these awards this year, which were considered by the Selection Committee headed by Justice (Retd.) Mukundakam Sharma (former Judge of Supreme Court), consisting members from eminent sportspersons and persons having experience in sports journalism & sports administrator etc," the ministry stated.