India is fortunate, Naidu said, to have the world's largest youth population apart from a vast pool of talented and aspirational sportspersons 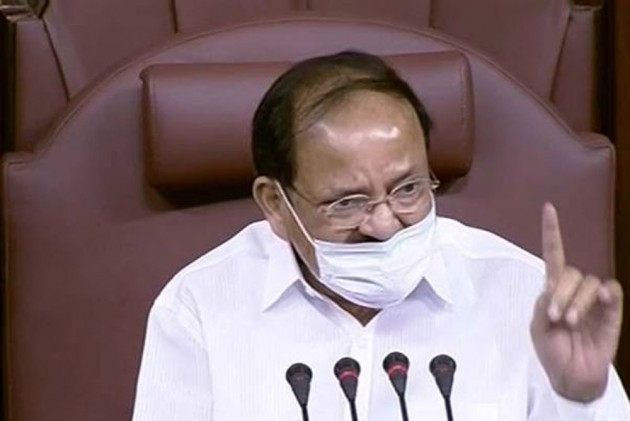 Vice President M Venkaiah Naidu on Sunday underlined the need to create the "right ecosystem" for sports and games to thrive from schools to universities by building the necessary infrastructure at every level.  (More Sports News)

India is fortunate, Naidu said, to have the world's largest youth population apart from a vast pool of talented and aspirational sportspersons.

Therefore, there is no reason why the country cannot make a mark on the world stage in the field of sports, he felt.

"We need to develop a serious sporting culture right from school days to ensure satisfactory results on a sustained basis in this highly competitive field," the vice president said.

In a Facebook post to mark the National Sports Day, Naidu said India has no dearth of talent in any field. What is required is the early identification of this talent and proper grooming and encouragement.

"In the absence of an enabling ecosystem, many of our stars tend to fade into oblivion without realising their full potential. We end up losing full many a gem of purest ray serene to obscurity due to lack of proper grooming and support," the vice president lamented.

"Both these developments mark an important milestone in the journey of Indian sports. While our athletes scripted history with their performance at the Tokyo Olympics and gave wings to the hopes of over a billion Indians, the renaming of the highest sporting award after Dhyan Chand is a fitting tribute to one of the greatest sensations in the history of Indian sport," Naidu wrote.

"This bodes well for the future of Indian sport. Needless to add, this is an opportune time for us to promote sports across the length and breadth of the country.

"We need to create the right ecosystem for sports and games to thrive from schools to universities by building the necessary infrastructure at every level," said.

The vice president also flagged the issue of mindset of people towards sports.

"I have come across many instances where parents discourage their children from seeking a career in sports. While the anxiety of parents is understandable to a large extent, it should be noted that more and more industries, as well as governments, are providing employment to sportspersons," he noted and called for more job avenues in government and corporate sector for sportspersons.

"If we can effectively make sports a financially rewarding and secure career option, many young men and women would be encouraged to shed their inhibitions to take up sports as a full-time activity," he said.

The country's sole focus in sports should not remain on increasing medal tally alone, he felt.

"Rather we have to create an overall ecosystem where sports become an intrinsic part of our daily lives. This would be an important step towards creating a healthy and fit India. For such a sporting culture to take root, we also need to revive our traditional Indian sports," Naidu wrote.

He said he was happy that the government, under its flagship Khelo India scheme has created an exclusive component for promotion of 'rural, indigenous and tribal games' including Kalaripayatu, Silambam, Kabaddi and Archery.