Spain boss Luis Enrique hailed a flawless display from his side in their Nations League rout of Germany, plus gave an update on Sergio Ramos. 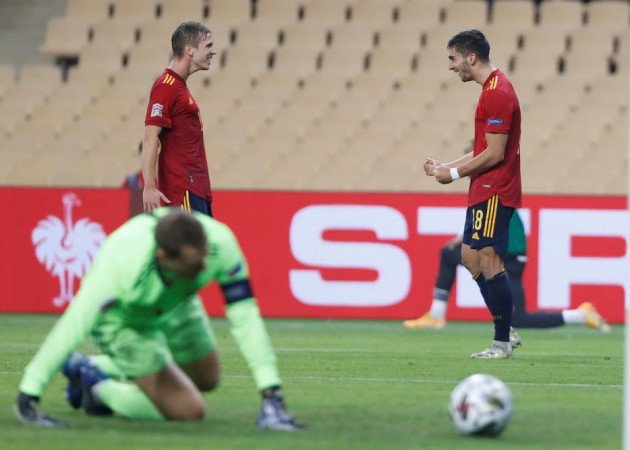 Luis Enrique said his Spain team delivered a perfect display as they thrashed Germany 6-0 to secure their Nations League progression, while also revealing that Sergio Ramos' injury appears to be minor.

Ferran Torres scored a hat-trick while Alvaro Morata, Rodri and Mikel Oyarzabal also grabbed goals in a remarkable match on Tuesday, meaning Spain top Group A4 ahead of their opponents.

It was Spain's first win in four matches, Luis Enrique's side having drawn successive matches against Switzerland and the Netherlands on the back of a 1-0 defeat to Ukraine.

However, victory in Seville was never in doubt as they dominated from start to finish, amassing 23 attempts to Germany's two and controlling 69.7 per cent of the possession.

Neither of Germany's efforts were on target, with Spain the first side since France in November 2015 to prevent Joachim Low's side from hitting the target at all in a match.

"Germany has brought out its best team and I think that from the beginning we have played very well, and it is one of the best and most complete matches of the national team.

"In the previous matches we were superior, but we had no prize. It will be nice to play in the final four.

"These players can represent Spain well. We have a group of 30 players who perform very well. Our forwards have a lot of quality, and I wish we had a player who scored a lot of goals, but today we have seen several players score."

The only disappointment for Spain was first-half injuries sustained by Sergio Canales and Ramos, both suffering hamstring problems.

Though unable to confirm a definite timeframe on Ramos' return, Luis Enrique offered hope that the Real Madrid defender will not be out for too long.

"The injuries are minor and I hope they are out for a short time," he added.

"It is what I feel the most, because I have been a club coach and I put myself in their place."