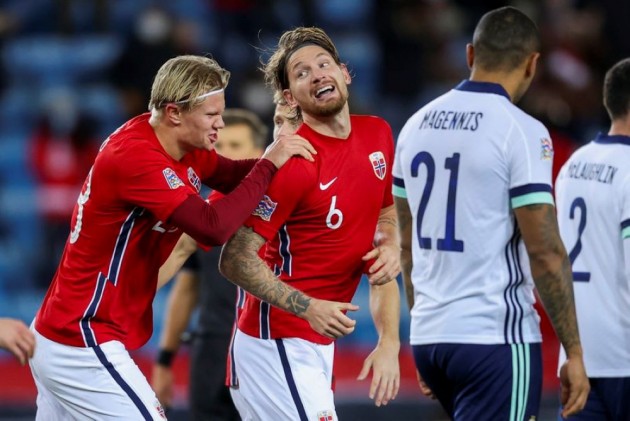 Northern Ireland have been consigned to relegation in the Nations League just hours before their clash against Romania on Wednesday. (More Football News)

The UEFA appeals body awarded Romania a 3-0 win over Norway after the Scandinavian side failed to fulfil the fixture on Sunday, following Omar Elabdellaoui testing positive for coronavirus. Public health officials in Norway ordered the players to quarantine and not fly to Bucharest for Sunday's game after a COVID-19 positive test.

Romania consequently moved six points clear of bottom side Northern Ireland prior to their meeting at Windsor Park in the final round of matches in Group B1.

The chairman of the UEFA appeals body decided: "To declare the 2020-21 Nations League match between Romania and Norway, that was scheduled to be played on 15 November 2020, as forfeited by the Norwegian Football Association [who is therefore deemed to have lost the match 3-0] for being responsible for the match not taking place."

With third-placed Romania now out of reach, Northern Ireland will spend the next Nations League campaign in League C.

Norway sent an entirely different team to Austria for Wednesday's match to decide who earns promotion to League A.

Under-21 coach Leif Gunnar Smerud was given the task of overseeing a Norway squad that included just one player who has featured in one of their previous games in the Group B campaign.