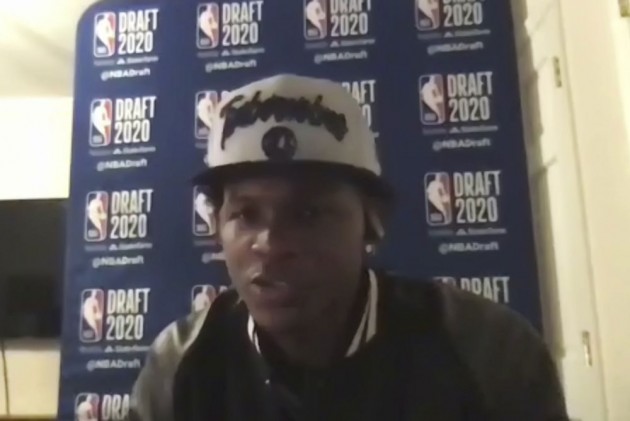 Anthony Edwards did not take long to get people talking, naming Kevin Durant the best player in the NBA – rather than LeBron James. (More Sports News)

Edwards was taken by the Minnesota Timberwolves with the number one overall pick in Wednesday's NBA Draft, pipping James Wiseman and LaMelo Ball to top spot.

The Georgia guard was swiftly asked which opponent he was most looking forward to playing and had an interesting answer.

"That's easy," Edwards said. "The player I'm most excited to play against is Kevin Durant.

"He's the best player in the league, he's seven feet, unguardable. He can do everything a little guard can do.

Durant missed the entirety of last season after suffering an Achilles injury in the 2019 NBA Finals before leaving the Golden State Warriors for the Brooklyn Nets.

In the meantime, James led the Los Angeles Lakers to the championship and was named Finals MVP, while Giannis Antetokounmpo was league MVP for a second straight year.

Durant was a two-time Finals MVP with the Warriors and also the 2014 NBA MVP while at the Oklahoma City Thunder.

The Nets could now bring James Harden to Brooklyn to link up with Durant and Kyrie Irving as they aim to become contenders under new coach Steve Nash.

Edwards expects to get the opportunity to test himself against such elite offensive players, believing the T-Wolves need his help most on the defensive end.

"But I'm going to do what I always do, bring what I bring to the table and impact the games other ways.

"They can already score the ball, so defensively I'm going to impact the game, being the best guard rebounder on the team that I can possibly be.

"I'll be locked in, doing whatever the coach needs me to do, to be honest."