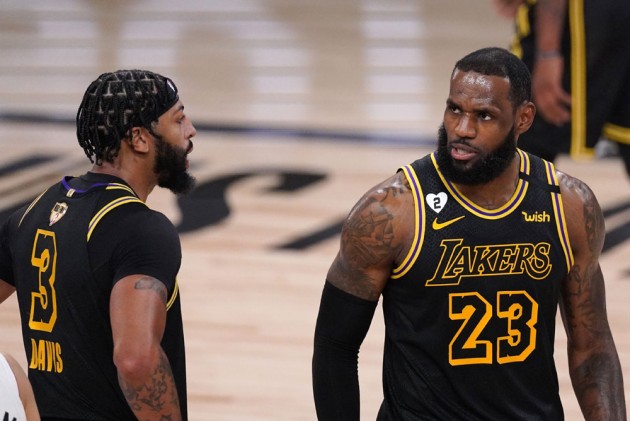 Davis posted a double-double and James top-scored in Friday's 124-114 victory against the Heat at Walt Disney World Resort in Orlando, Florida.

The Heat were without injured stars Bam Adebayo and Goran Dragic in Game 2 following Miami's humbling in the opening game of the NBA showpiece.

Jimmy Butler tried to carry the load for the rallying Heat with 25 points and 13 assists, and while Miami refused to surrender, there was no stopping the high-flying Lakers – who are eyeing their first championship since 2010.

Davis became the third player with at least 30 points in each of his first two career games in the Finals, following in the footsteps of Michael Jordan (1991) and Kevin Durant (2012), after scoring 32 points, per Stats Perform.

Outclassed in Game 1, there were signs of improvement from the short-handed Heat, who narrowed the margin to as little as four points at one point in the contest.

Kelly Olynyk had 24 points and nine rebounds off the bench, however, the Lakers had too much firepower.

Rajon Rondo was three of four from three-point range for 16 points and 10 assists as a reserve, while Kyle Kuzma and Kentavious Caldwell-Pope both contributed 11 points.