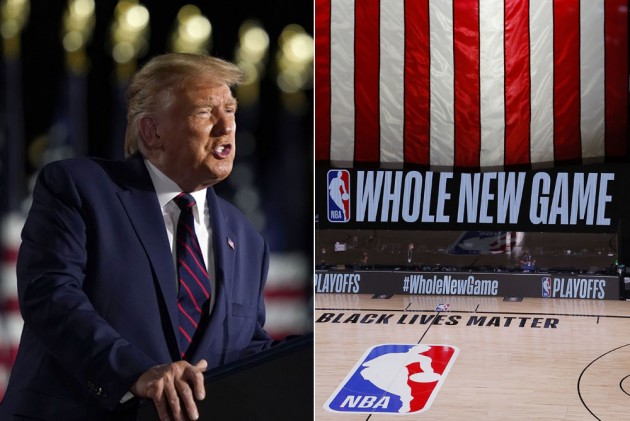 The NBA saw three play-off games postponed on Wednesday and another three on Thursday as players protest in the wake of the police shooting of Jacob Blake in Wisconsin.

Asked for his reaction to the protest, Trump accused the NBA of turning into a political body.

"I don't know about the NBA protest. I know their ratings have been very bad because I think people are tired of the NBA frankly," he told reporters.

"But I don't know too much about the protest, but I know their ratings have been very bad and that's unfortunate.

"They've become a political organisation and that's not a good thing for sports or the country."

While games have been postponed, the NBA playoffs are expected to resume in the coming days.