In his first regular-season appearance since 2018, John Wall enjoyed his Houston Rockets debut. 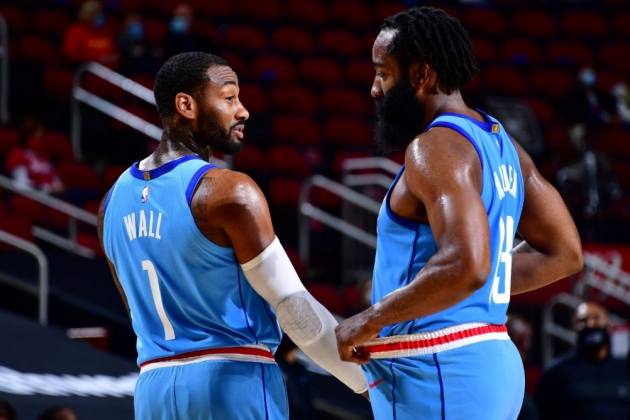 In his first regular-season appearance since December 2018, Wall helped the Rockets past the Sacramento Kings 122-119 on Thursday.

After his debut for the Rockets, Wall said he enjoyed his connection with Harden.

"I think it was cool. I missed some easy shots, trying to get some rust off, no matter how much I practice and play in preseason it's a bit different when you get in real games," the guard told a news conference.

Wall added: "My job here is to help James as much as possible, make it a little easier for him.

"You know when we need a bucket and get to crunch-time situation, you know what he's capable of."

Harden scored 16 fourth-quarter points for the Rockets, who claimed their first win of the season.

The eight-time All-Star was pleased with the win, while praising Wall's performance.

"He was extremely aggressive, making plays, defensively getting after it, he looked really, really good, especially not playing in almost two years," Harden said.

"Once we get a rhythm and guys get into their roles and find their best fit for the team, we'll be even better.

"But I'm happy in the last six minutes when it was time to get stops we did and offensively we executed."