Los Angeles Lakers greats Kobe Bryant and Shaquille O'Neal were in the headlines on Wednesday. 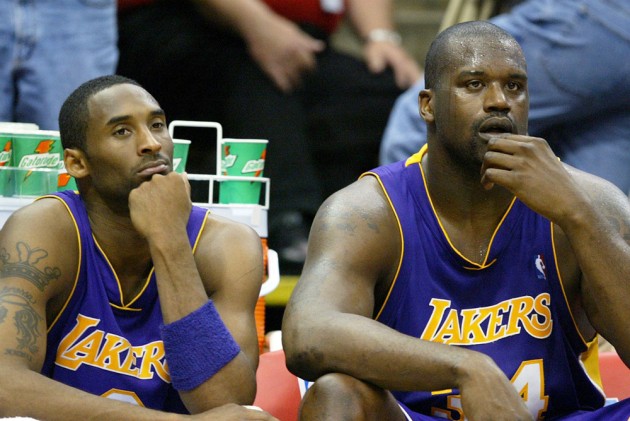 Kobe Bryant said there is no "beef" with Shaquille O'Neal and he has "nothin but love" for his former Los Angeles Lakers team-mate.

O'Neal responded to comments made by five-time champion Bryant, who thought he could have won 12 NBA titles if his team-mate shared the same work ethic.

During an interview at the 10th annual PHP Agency Convention in Las Vegas, Bryant seemingly took another shot at O'Neal.

Bryant was asked what would have happened if O'Neal had his work ethic. Bryant replied: "He'd be the greatest of all time".

There is no beef with @SHAQ I know most media want to see it but it ain’t gonna happen. Ain’t nothin but love there and we too old to beef anyway #3peat

"He'd be the first to tell you that," Bryant added. "I mean this guy was a force like I have never seen. I mean, it was crazy. A guy at that size…. Generally guys at that size are a little timid and they don't want to be tall. They don't want to be big. Man, this dude was… he did not care. He was mean. He was nasty. He was competitive. He was vindictive.

The video surfaced on Instagram earlier this week and four-time NBA champion O'Neal responded with a comment of his own.

"U woulda had twelve if you passed the ball more especially in the finals against the pistons #facts. ... You don't get statues by not working hard," O'Neal wrote.

Bryant later tweeted on Wednesday: "There is no beef with @SHAQ I know most media want to see it but it ain't gonna happen. Ain't nothin but love there and we too old to beef anyway #3peat."

O'Neal then responded to Bryant's tweet, writing: "It's all good bro, when I saw the interview, I thought you were talking about Dwite, is that how u spell his name lol."

It’s all good bro, when I saw the interview, I thought you were talking about Dwite, is that how u spell his name lol

Bryant and O'Neal became known for their "beef" when they played alongside each other for the Lakers from 1996-2004. The two earned three straight championships before O'Neal was traded to the Miami Heat in 2004.