The series is tied 2-2, with both teams - Phoenix Suns and Milwaukee Bucks - winning their games at home 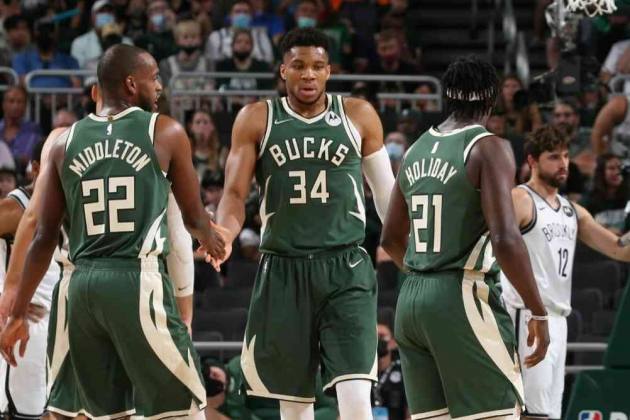 The Phoenix Suns and the Milwaukee Bucks both stand two wins away from ending championship droughts for their cities. Phoenix has never seen an NBA Championship, while Milwaukee has gone without a title since 1971. (More Sports News)

The series is tied 2-2, with both teams winning their games at home. Home-court may be the deciding factor in this, so the Suns will be looking to make sure they can get another win in Phoenix before Game 6 in Milwaukee. If the trend continues, the Suns will host a win-or-go-home Game 7 in their arena.

Suns point guard Chris Paul had a disappointing performance in Game 4. He had 10 points all game with 5 turnovers, two of which game at the end of the game and allowed the Bucks to hold on to the win.

However, Coach Monty Williams isn’t getting wrapped up in worry about Paul’s performances and expects the 16-year veteran to bounce-back on his own. “You're not going to see Chris have those kinds of games frequently. I've been around him long enough, I've coached against him enough. That's how I would term it: a blip on the screen or the radar.”

Young Suns guard Devin Booker is playing in his first Playoffs and has made it to the Finals. But he doesn’t take relief from past performances while looking ahead. “The playoffs is an emotional roller coaster as it is. Every series that we've been a part of, each game takes on its own personality.. There's never a game that's the same. There's never a day that's the same in the playoffs.”

Khris Middleton’s 40-point heroics in Game 4 helped the Bucks tie the series up. Giannis Antetokounmpo was probably the happiest and expects Middleton to take more responsibility in late-game situations.

“It's a lot of hard work that paid off for Khris, and I know how great he is. I feel sometimes he doesn't get appreciated enough. We need him to keep doing this and keep closing out games.”

A win in Game 5 will be massive for the Bucks. They take home-court advantage back to Milwaukee for Game 6 and force the Suns into a win-only situation. However, a Suns win may be even harder to overcome. The Bucks will then have to win their final game at home before coming back to Phoenix to see the series off. The tension is as thick as treacle in this and Game 5 may just be the most important game for both teams in this series.

The game will air on Sunday at 6:30AM IST. You can catch the action on Star Sports Select, Disney+Hotstar, and NBA League Pass.