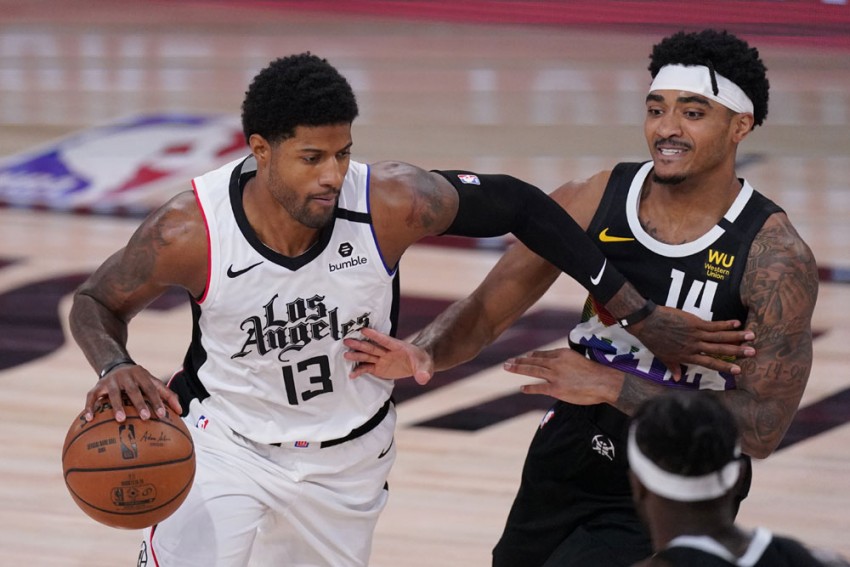 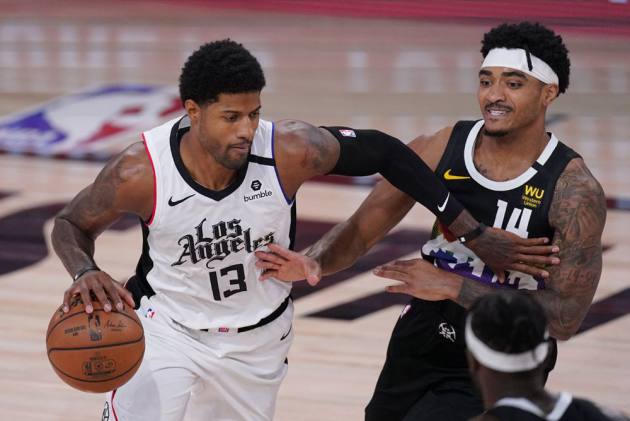 The Los Angeles Clippers and Boston Celtics restored their series leads in the NBA playoffs on Monday. (More Sports News)

The Clippers overcame the Denver Nuggets 113-107 in Game 3 of the Western Conference semi-finals.

Paul George top-scored for the Clippers with 32 points as they moved back ahead in the series.

The guard went 12-of-18 from the field and five-of-seven from three-point range at the Walt Disney World Resort.

The Celtics went 3-2 up against the Toronto Raptors courtesy of a dominant 111-89 victory in Game 5.

Toronto had won back-to-back games, but Jaylen Brown's 27 points led the Celtics to their win.

Jayson Tatum recorded a double-double of 18 points and 10 rebounds in the Celtics' victory.

Boston got an even contribution, with Kemba Walker putting up 21 points on the back of eight-of-15 shooting.

Nikola Jokic was huge for the Nuggets. He had 32 points, 12 rebounds and eight assists, but Denver fell to the Clippers.

Michael Porter Jr. managed a double-double of 18 points and 10 rebounds off the bench for Denver.

Jamal Murray's up-and-down form continued. He was five-of-17 from the field for 14 points in 38 minutes for the Nuggets.

The Milwaukee Bucks avoided a shock series sweep against the Miami Heat in their Eastern Conference semi-final, but they will need another win on Tuesday to stay alive in a series Miami lead 3-1. The Bucks could be without star Giannis Antetokounmpo (ankle).