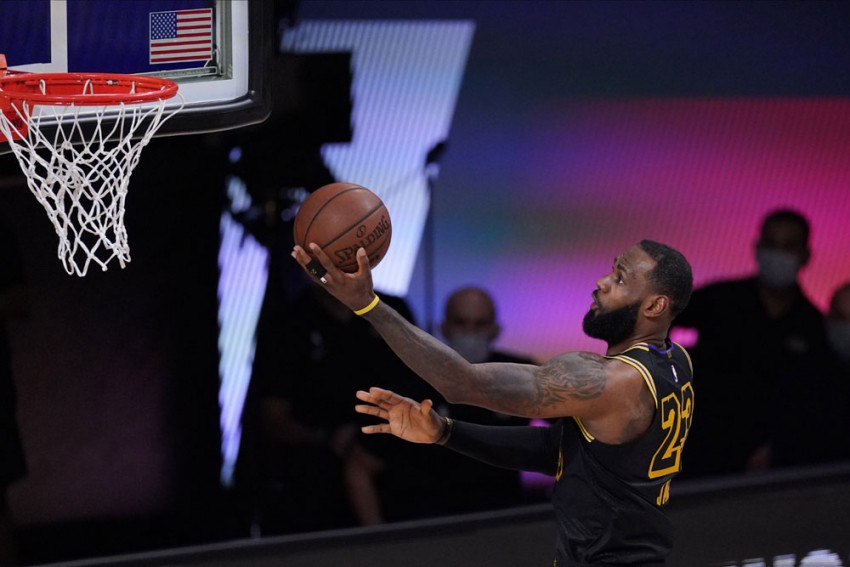 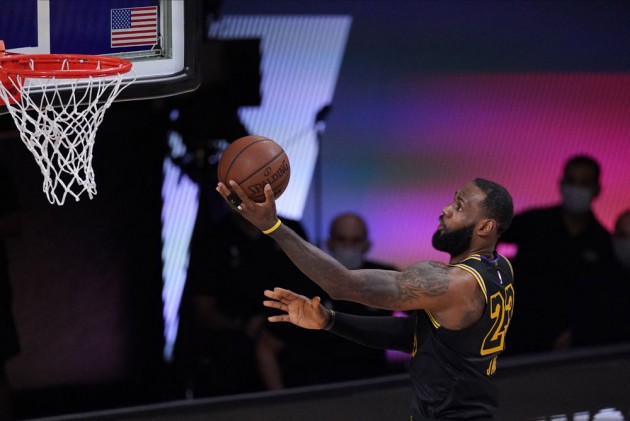 After losing Game 1 in the Western Conference semi-finals, the top-seeded Lakers responded thanks to James' 28 points and 11 rebounds at Walt Disney World Resort, where he finished just one assist shy of a triple-double on Sunday.

Fellow All-Star Davis posted 34 points and 10 rebounds to take down the Rockets in Orlando, Florida.

The Rockets, led by James Harden's 27 points and double-doubles from Russell Westbrook (10 points and 13 rebounds) and P.J. Tucker (18 points and 11 rebounds), outscored the Lakers 41-23 in the third quarter but a 27-17 final period in favour of the Lakers saw Houston fall.

Eastern Conference top seeds the Milwaukee Bucks, meanwhile, stayed alive thanks to a 118-115 overtime win against the Miami Heat in Game 4.

Facing a series sweep and with reigning MVP Giannis Antetokounmpo forced to exit the game due to an ankle injury, the Bucks prolonged their postseason campaign as Khris Middleton put up 36 points.

The three-time champion and four-time MVP improved to second on the all-time playoffs list for three-pointers made. James now has 386 threes, only behind Golden State Warriors star Stephen Curry (470).

Rajon Rondo has struggled for fitness, but the veteran produced an efficient display for the Lakers. He had 10 points, nine assists and five steals against the Rockets off the bench.

Bam Adebayo recorded 26 points and 12 rebounds for the beaten Heat.

Giannis cause for concern

Antetokounmpo was already in doubt for Sunday's do-or-die showdown due to his ankle and his availability for Tuesday's Game 5 is up in the air. The Bucks star lasted less than 12 minutes after re-injuring his ankle.

While Westbrook had a double-double, the Rockets star was just four of 15 from the field, while he only made one of his seven three-point attempts.

Can the Toronto Raptors make it three straight wins for a 3-2 lead in the Eastern Conference semi-finals? The defending champions are in action against the Boston Celtics on Monday. The Los Angeles Clippers and Denver Nuggets also meet in Game 3 of their Western Conference semi matchup.