Collin Sexton made history after helping the Cleveland Cavaliers beat the Brooklyn Nets for the second time in three days, 125-113 in the NBA on Friday. 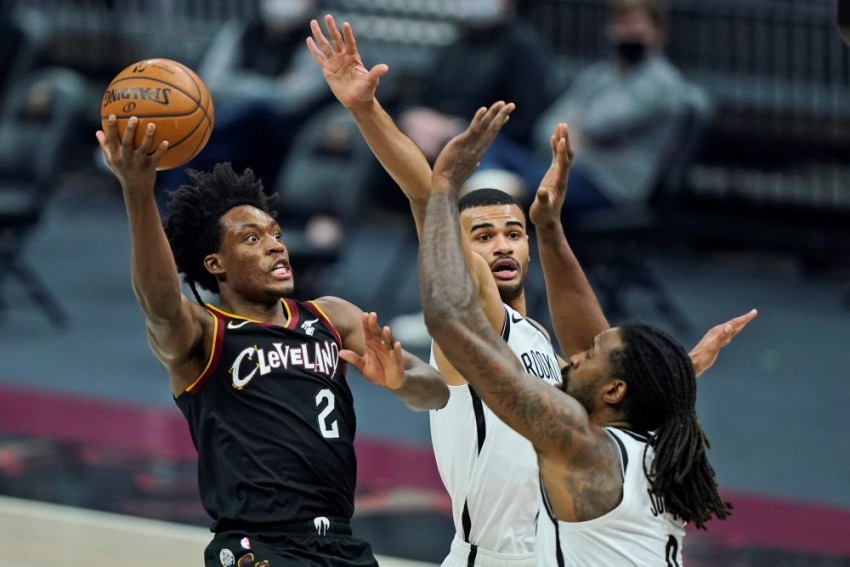 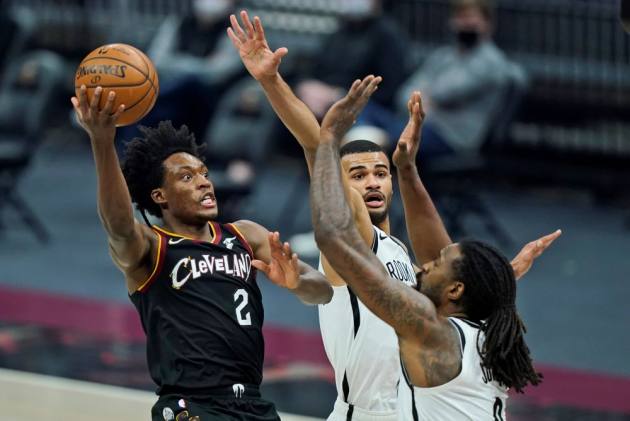 Collin Sexton made history after helping the Cleveland Cavaliers beat the Brooklyn Nets for the second time in three days, 125-113 in the NBA on Friday. (More Sports News)

After scoring 42 points in a double-overtime upset of the Nets on Wednesday, Cavaliers star Sexton was at it again with 25 points and nine assists against Brooklyn in Cleveland.

Sexton became the first player in Cavs history to post 20-plus points in each of his first 10 games of the season.

It was another tough outing for the star-studded Nets, who crashed to a second consecutive loss since Kyrie Irving returned following a seven-game absence.

Collin Sexton is the first player in @cavs history to score 20+ points in each of his first 10 games of the season. pic.twitter.com/9iYzUAb7qZ

In the absence of Kevin Durant (Achilles rehab), Irving had a game-high 38 points, while James Harden put up 19 points and 11 assists – his fourth double-double in four games since joining the Nets in a blockbuster trade from the Houston Rockets.

Embiid dominated with 38 points and 11 rebounds, after his 42-point double-double against the Celtics midweek. The three-time All-Star was 11-of-15 from the field, while he made both of his three-point attempts.

Jaylen Brown led the Celtics with a game-high 42 points in Philadelphia.

Trae Young posted a season-high 43 points and Clint Capela recorded 13 points, 19 rebounds and 10 blocks to guide the Atlanta Hawks past the Minnesota Timberwolves 116-98. Capela became the third player in Hawks history with 10 blocks in a game, joining Dikembe Mutombo and Josh Smith.

The Los Angeles Clippers beat the Oklahoma City Thunder 120-106 for their sixth straight win behind Kawhi Leonard's 31 points in LA. Paul George added 29 points of his own for the in-form Clippers, who are tied with defending champions the Los Angeles Lakers for the NBA's best record at 12-4.

Another game, another double-double for Nikola Jokic. The Denver Nuggets star tallied his 15th double-double (31 points and 10 rebounds) in 15 games this season to help secure a 130-126 OT victory at the Phoenix Suns.

Luka Doncic fell just short of a triple-double after posting 36 points, 11 assists and nine rebounds in the Dallas Mavericks' 122-117 win against the San Antonio Spurs.

Gordan Hayward finished with 34 points but the Charlotte Hornets still lost 123-110 at home to the Chicago Bulls.

Hawks power forward John Collins has reportedly been unhappy with Young running the team's offense, but he did little to stake his own case. Collins was just two-of-eight shooting from the field for four points in 28 minutes. The rookie has been averaging 15.9 points per game this season.

The Miami Heat boast some great three-point shooters in Duncan Robinson and Kendrick Nunn, but last season's NBA Finals participants struggled from beyond the arc in their 101-81 rout at the hands of the Toronto Raptors. Miami were just 22.6 per cent from three-point range – three of 31.

Trailing 118-117, Malcolm Brogdon nailed a three-pointer with 2.8 seconds remaining as the Indiana Pacers topped the Orlando Magic 120-118 in overtime.

The Nets (9-8) will look to snap a run of back-to-back defeats when they host Eastern Conference rivals the Heat (6-8) on Saturday.

Navdeep Saini Reveals, Why He bowled Again In Gabba Despite Suffering A Groin Strain