Netherlands are coming from a defeat against Ireland in their opening ICC Men's T20 World Cup match. The likes of captain Ryan ten Doeschate and captain Pieter Seelaar hold the key for the Dutch. 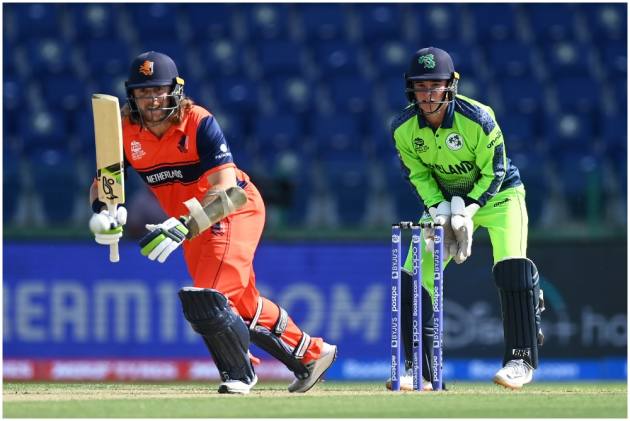 Netherlands would look to regroup after a comprehensive loss to Ireland and open their account when they take on tournament debutants Namibia in a must-win match of the ICC Men’s T20 World Cup’s first round in Abu Dhabi on Wednesday. (More Cricket News)

The Netherlands cricket team were simply blown away by the stunning four-wickets-in-four-balls performance by Ireland pacer Curtis Campher and they would hope to quickly forget the seven-wicket loss and post a win against Namibia in the Group A game to keep themselves in the fray for a Super 12 berth.

The Netherlands innings was left in disarray when Colin Ackermann, Ryan ten Doeschate, Scott Edwards and Roelof van der Merwe fell to Campher off successive balls in the 10th over. Only Max O’Dowd stood tall among the ruins with a 47-ball 51 after the Netherlands were reduced to 51/6.The

Netherlands would not want to repeat such a shoddy batting performance when they face lower-ranked Namibia, who lost to Sri Lanka in their opening fixture, as a defeat will virtually put them out of contention for the next round berth.

The likes of Ten Doeschate, best remembered for his incredible century against England in the 2011 World Cup, would look to score big against the Namibian bowlers and help the side win its first match. Captain Pieter Seelaar, a veteran of 15 years in international cricket and who scored 21 against Ireland, will be another key player for Netherlands.

Playing in their first match in a global event, the Namibians were shot out for a paltry 96 in 19.3 overs with only three batters, including Erasmus, reaching double-digit figures after they were sent in to bat. The inexperienced Namibian batting collapsed after the fall of Erasmus.

They could not score as quickly as they would have liked in the face of some tight bowling from the Sri Lankan pacers and will have to produce an improved performance against a less fancied side than the Lankans.

Wiese, of whom a lot was expected, made just six runs from seven balls and he would look to score big against the Netherlands.

Defending a small total, the Namibian bowlers gave a good account of themselves, creating a few ripples when they got rid of three top Sri Lankan batters cheaply inside Powerplay overs. But the total was too small to defend. The Sri Lankans chased down the target in 13.3 overs.