India surpassed their previous best haul of six medals achieved in the 2012 London Games with one gold, two silver and four bronze medals in Tokyo 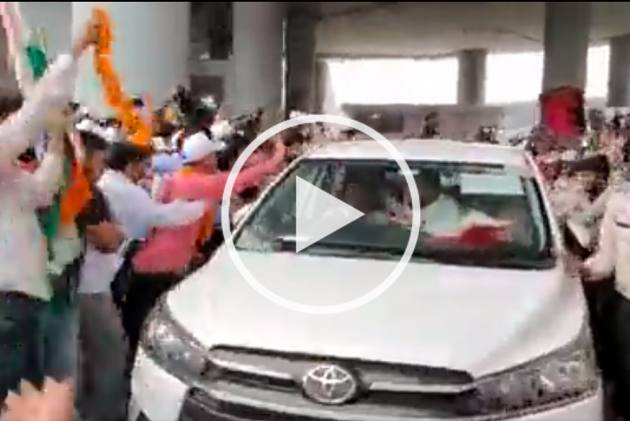 India's Olympic contingent, including history-making javelin throw gold-medallist Neeraj Chopra, returned to the country on Monday and was received enthusiastically by officials even as a frenzied crowd gathered outside the airport to welcome the heroes of the country's best-ever Games campaign.

The athletes were welcomed by a Sports Authority of India delegation headed by its Director General Sandeep Pradhan. Athletics Federation of India head Adille Sumariwala also accompanied him.

ðÂÂ®ðÂÂ³ Athletics Team is back from the #Tokyo2020 Olympics. Lets welcome them with joy and excitement and #Cheer4India.

The athletes were garlanded and presented with bouquets on arrival and were applauded by the airport staff as they made their way out to utter chaos due to the huge presence of supporters and media personnel.

#NeerajChopra received by a huge crowd of people at Delhi Airport.

We Indians are so proud of pur hero. ðÂÂÂðÂÂÂpic.twitter.com/M1bDHTQNDm

The huge gathering meant that social distancing norms went for a toss as people rushed in to catch a glimpse of the stars of the historic performance.

India surpassed their previous best haul of six medals achieved in the 2012 London Games with one gold, two silver and four bronze medals in Tokyo.

Of the medal winners, Chanu and Sindhu had returned to the country earlier after the completion of their events as COVID-19 protocols required athletes to leave Tokyo within 48 hours of the medal ceremony.

India had sent a 228-strong contingent for the Games, including more than 120 athletes. This was the country's biggest ever presence at the quadrennial showpiece which took place after a delay of one year due to the pandemic.