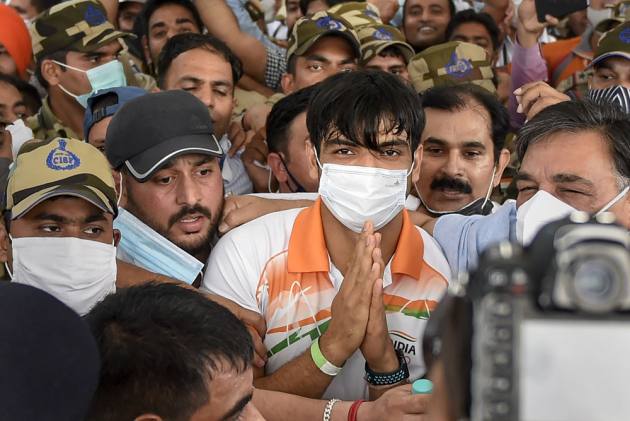 Olympic champion javelin thrower Neeraj Chopra has developed high fever over the past few days after returning to the country to a rousing welcome following his historic feat at the Tokyo Games, but he has tested negative for COVID-19. (More Sports News)

The 23-year-old became the toast of the country after he clinched the elusive athletics gold medal in the Olympics to become only the second Indian to win an individual yellow metal at the Games.

But a couple of days after returning home on Monday, he developed high fever and underwent a COVID-19 test on the advice of doctors.

"He has tested negative for COVID-19. But we have put all his engagements on hold for the time being," a source privy to the development told PTI.

The government felicitated Chopra and all other medallists on Monday, before the Athletics Federation of India (AFI) did the same the next day.

Chopra skipped both the felicitation functions organised by Punjab and Haryana governments on Thursday and Friday respectively.

It remains to be seen whether he turns up for the felicitation function organised by the Indian Olympic Association (IOA) on Sunday.

Chopra's uncle Bhim said through social media that the star athlete is reaching his home at Khandra village near Panipat on Tuesday.