India won a record seven medals at Tokyo 2020. The returns could have been much better if the shooters and archers performed true to their potential. Here are the 10 highlights from India's Tokyo Olympics campaign in 2021. 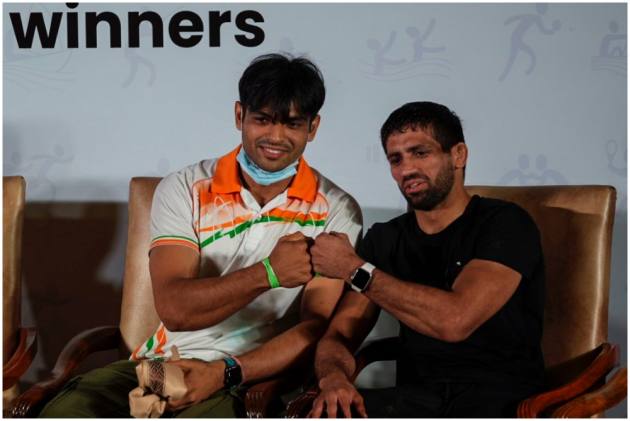 The celebrations have not stopped ever since India returned with a record haul of seven medals from the Tokyo Olympics. The biggest sporting event on Planet Earth finally happened a year later even as Covid-19 loomed large over Tokyo 2020. But once the Summer Games started, the spotlight was firmly on the athletes as the Tokyo organisers did a splendid job to complete the most-expensive Games ever.

Neeraj Chopra gave India their biggest cheer, winning a historic athletics gold after women's weightlifter Saikhom Mirabai Chanu won the first medal, a silver. Boxing, badminton, wrestling and men's hockey finished on the podium but India's biggest hope, the shooters and the archers drew a blank in spite of their world-class status. 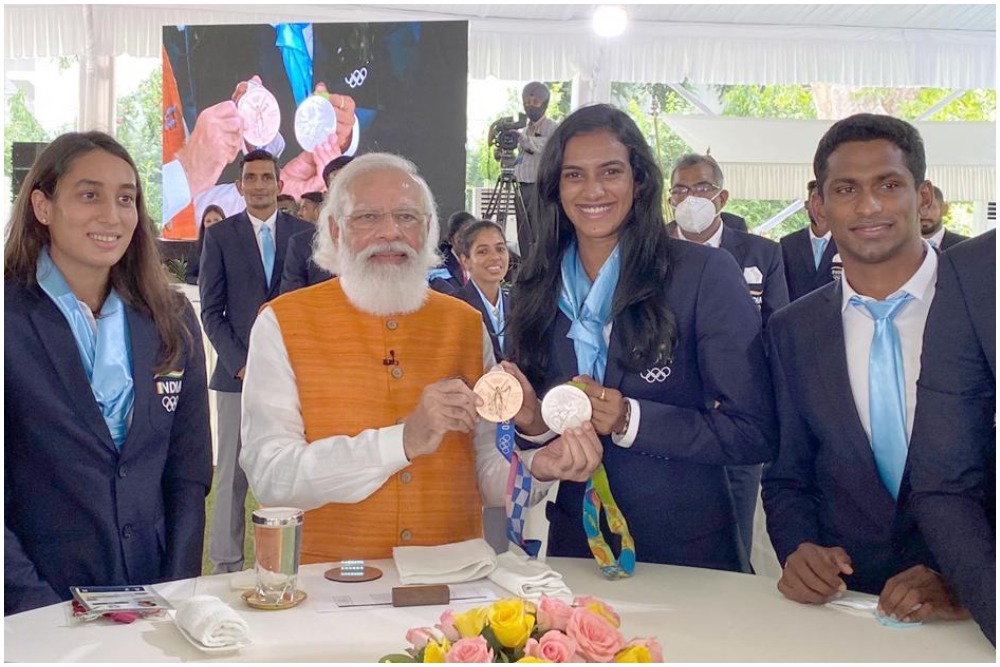 After an injured Carolina Marin withdrew from the Tokyo Olympics, PV Sindhu's chances to improve on her silver medal-winning feat at the 2016 Rio Olympics improved. Sindhu had an easy passage into the elimination round before dispatching Danish Mia Blichfeldt and Japanese fourth-seed Akane Yamaguchi in her next two matches en route to the last four. However, the world champion Indian went down fighting to Chinese Taipei's Tai Tzu-Ying in the semifinals. In the bronze medal playoff match, Sindhu defeated China's He Bingjao to become the first Indian woman to win two Olympic medals. 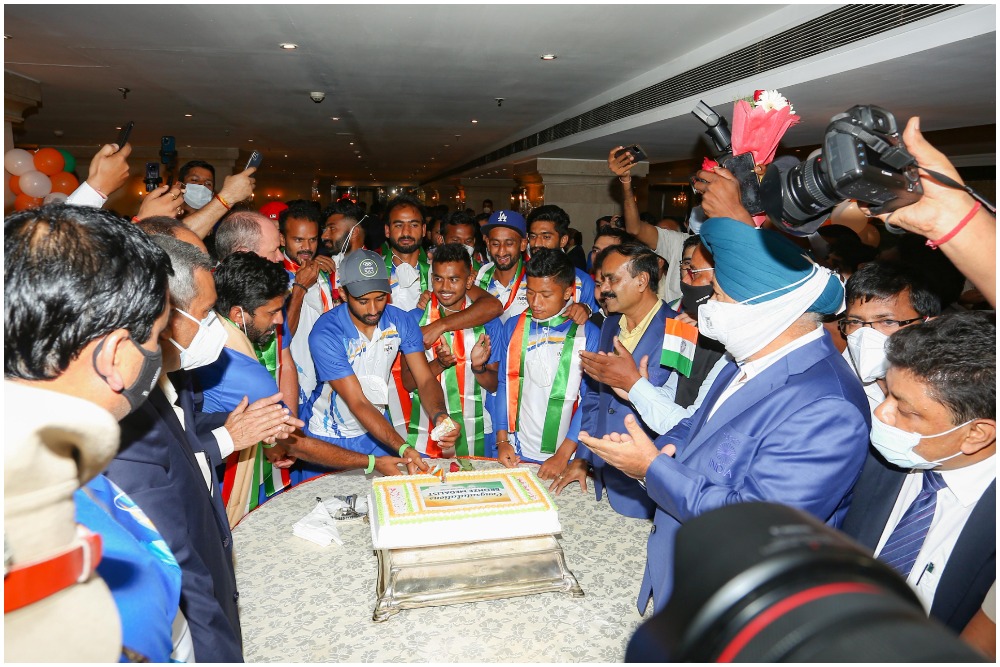 August 5, 2021. The date will be etched in the memory of all Indian hockey lovers. Not only did eight-time champions India win a bronze medal defeating Germany in the play-off match, but it also ended India's 41-year Olympic medal drought in Tokyo 2020. Baring the 7-1 thrashing at the hands of Australia, the Manpreet Singh-led side won all its matches in the group stages to qualify for the knockouts. In the quarterfinals, India had an easy outing against Great Britain before losing to eventual winners Belgium in the semis. However, it was goalkeeper PR Sreejesh’s heroics that brought India the bronze against an attacking German side.

Unlike their male counterparts, the Indian women’s hockey team finished just a step short of the podium. Competing in their third Olympics, the Indian women's team led by Rani Rampal were on the brink of group stage elimination losing their first three games. However, two wins in the last two round-robin matches pitted them against the mighty Australians in the quarters. The Indian women stunned everyone by beating Australia to make their only second Olympics semifinal entry. However, they lost against Argentina and Great Britain to finish fourth. But the girls showed tremendous self-belief and fighting spirit and hope for the future.

Competing in her maiden Olympics, India’s Kamalpreet Kaur took everyone by surprise when she threw the discus at a distance of 64 metres to qualify for the 12-women final in second place. However, the 25-year-old failed to replicate her qualifying performance in the final finishing sixth overall. Her best throw in the final was 63.70m with three no-shows. She had earlier qualified for the Tokyo Olympics with a national record-breaking throw of 65.06m at the Federation Cup in Patiala.

If a book on India’s shooting campaign at the Tokyo Olympics is ever written, it will surely have a chapter on how a world-class contingent flattered to deceive. Having won a slew of medals in World Cups, Indian shooters promised a lot but disappointed. From equipment malfunction to just poor planning, Indian shooters like Manu Bhaker, Abhishek Verma, Anjum Moudgil et al were below par. Indian shooter competed in 10 events. Except for Saurabh Chaudhary, no Indian made the final rounds in any event.

Much like shooting, Indian archers drew a blank at the Tokyo Olympics. Yes, there were individual moments of brilliance, but Indians lacked motivation, confidence and that extra push to even make it to the medal rounds. World No.1 Deepika Kumari became the first Indian to make the individual quarters while her husband Atanu Das knocked out former Olympic and world champion Oh Jin Hyek to make the pre-quarterfinals. But then they lacked the mental toughness and focus when it mattered most. The men’s and mixed doubles teams made the quarters but when you don't win a single medal in seven Olympic appearances, it is time to think anew. 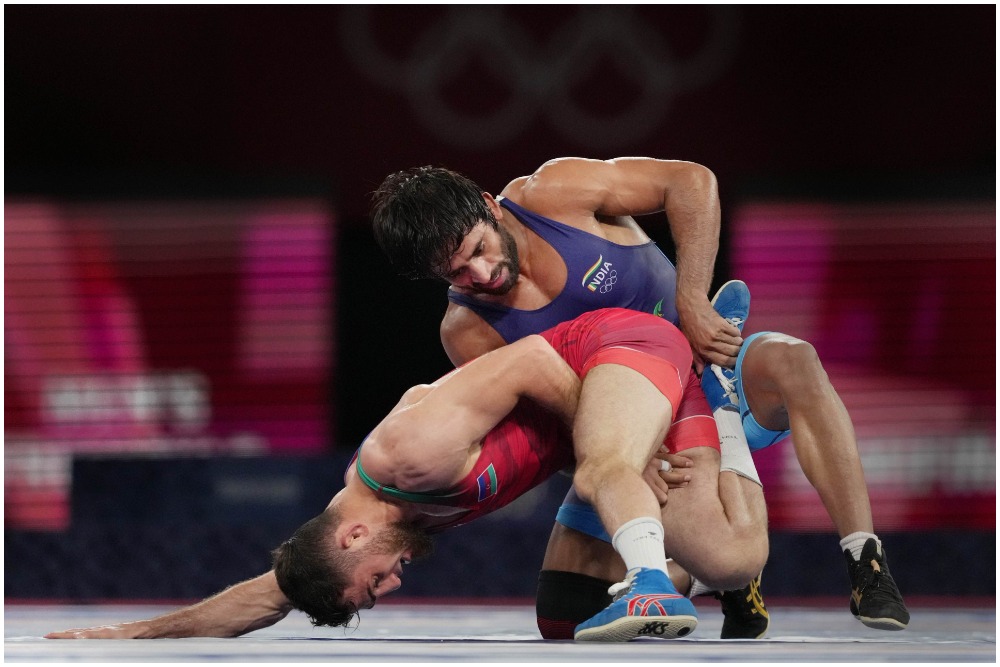 Like PV Sindhu in badminton, wrestler Bajrang Punia was a strong medal contender at Tokyo 2020. He didn’t disappoint. Competing in the men’s 65kg freestyle category, Bajrang Punia defeated Kyrgyzstan’s Ernazar Akmataliev and Iranian Morteza Ghiasi on his way to the semifinal. A loss against Azerbaijan’s Haji Aliev pitted him against Daulet Niyazbekov, who he beat to win bronze. Bajrang conquered pain and showed tremendous resilience in the medal round. Meanwhile, the biggest surprise came from Ravi Kumar Dahiya in the 57 kg freestyle category. Ravi defeated Oscar Tigreros (Colombia), Georgi Vangelov (Bulgaria) and Nurislam Sanayev (Kazakhstan) to storm into the final. However, Ravi lost to ROC’s Zaur Uguev to miss on a historic gold. 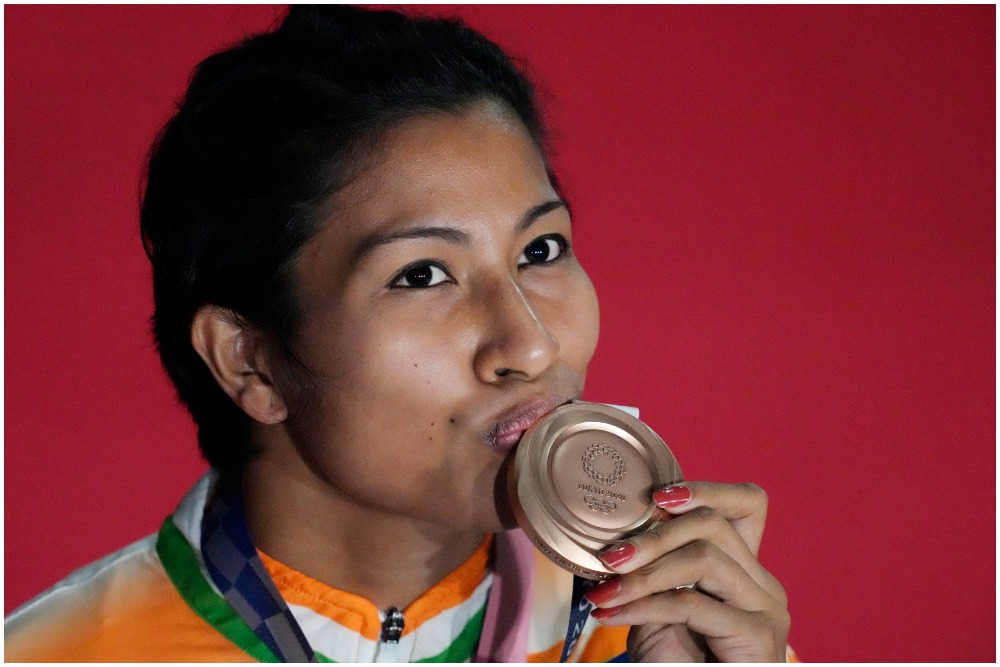 Lovlina Borgohain saved the Indian boxing contingent the blushes in Tokyo 2020. The lanky Assamese girl displayed guts and staying power to finish with a bronze in the women's welterweight (69kgs) class when more accomplished names like Amit Panghal and Mary Kom fell by the wayside. Twenty-four-year-old Lovlina kept the Indian flag high with wins against German Nadine Apetz and Taiwan's Chen Nien-chin to assure herself an Olympics medal and a place in the semis. She lost to Turkish Busenaz Surmeneli in the semis. India could have won a couple more medals had Pooja Rani and Satish Kumar not lost their respective quarterfinals. 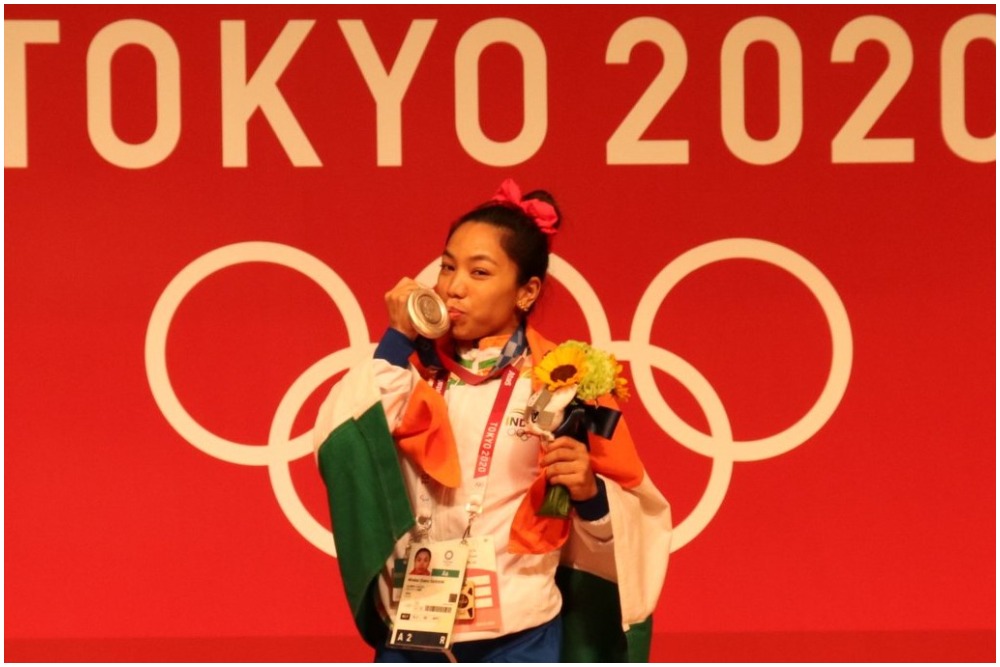 No Indian had won a medal on the opening day of an Olympics until Saikhom Mirabai Chanu did so in Tokyo. The puny Manipuri overcame her Rio heartbreak five years ago to become the first Indian weightlifter to win a silver medal at the Olympics. Mirabai Chanu managed to lift a total of 202 kg in the women’s 49kg category to become the second Indian weightlifter after Karnam Malleswari to win an Olympic medal. She also created a new Olympic record with a successful lift of 115kg in clean and jerk. 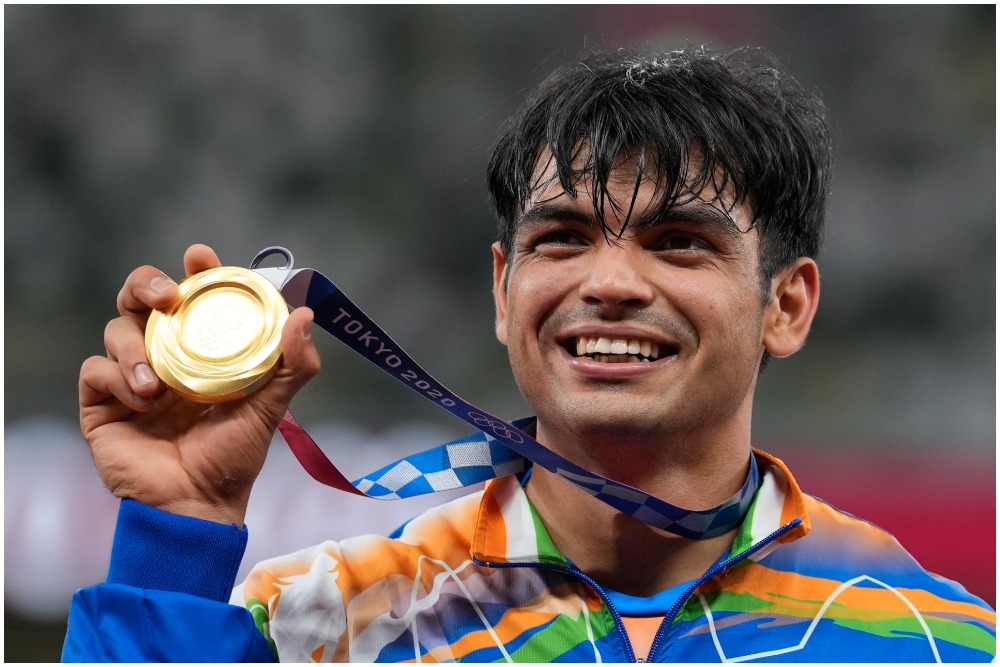 The best of all came from this 23-year-old from Haryana, Neeraj Chopra. The poster boy of Indian javelin, Chopra became only the second Indian to claim an Olympic gold and first track and field athlete from the country to win the yellow metal at sports grandest stage. Neeraj Chopra was a runaway winner from the very start. He edged out his biggest rival Germany's Johannes Vetter by 0.01m to top qualifying. Then in the final, Chopra sent the spear flying. An 87.58m throw in his second attempt was enough to bring cheer to a billion Indians thirsty for an Olympic gold medal since shooting legend Abhinav Bindra's 2008 feat in Beijing.