As many as 1348 mementos went under the hammer and the proceeds will go to the Namami Gange Mission. 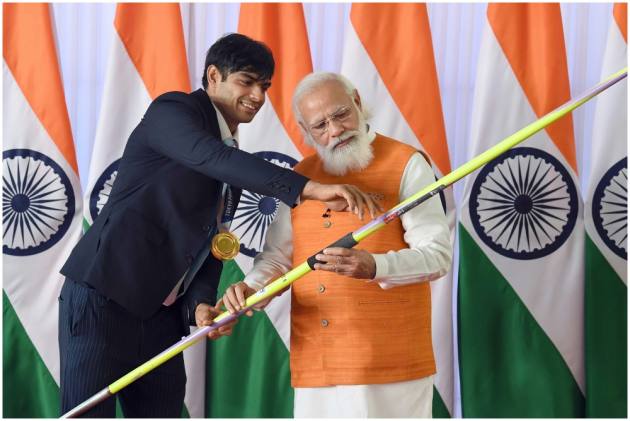 Neeraj Chopra’s 2020 Tokyo Olympics gold medal-winning javelin received the highest bid of Rs 1.5 crore at the end of the third round of e-auction of prestigious gifts and mementos presented to Prime Minister Narendra Modi on Thursday. (Other Sports News)

Neeraj Chopra presented his gold medal-winning javelin when  PM Modi hosted all the Tokyo Olympics-bound athletes on the occasion of Independence Day this year. In Tokyo 2020, Neeraj Chopra threw the javelin to 87.58m on August 7 to claim India’s first Olympics medal in an athletics event.

Medal-winning memorabilia from the Tokyo Games are the highlight of this e-auction. This round of e-auction was held from September 17 to October 7, the proceeds of which will go to the Namami Gange Mission. A total of 1348 mementos were put up in the e-auction and around 8600 bids were received.

The last few weeks have been hectic for Neeraj Chopra. Among several felicitation programmes across India, the 23-year-old poster boy of Indian athletics met the country’s first individual Olympic gold medallist Abhinav Bindra last month at his residence in Chandigarh.

In a recent interview with a television channel, Neeraj Chopra revealed that he had to request Bindra to take out his 2008 Bejing Olympics shooting gold medal so that he can touch it once.

“I met him for the first time in Mohali after the 2018 Asian Games. He had not touched his medal for the past 10 years. I asked him to get that out and touched it once. He was hesitant, but I requested him to get it out,” Neeraj said.

Meanwhile, Neeraj Chopra, who had already given this year’s events a miss, is preparing for a huge 2022. All the big events like World Championships, Asian Games and Birmingham Commonwealth Games will take place next year.