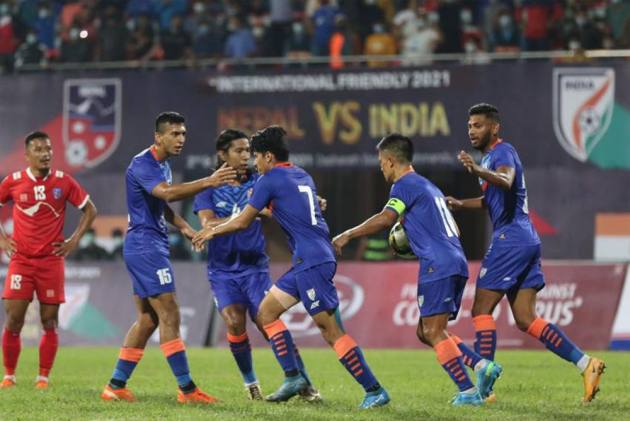 India are competing in a five-team regional tournament to reinforce their supremacy. Combined the other four, and India still dwarf them in every aspect. Yet, India fight like a caged animal, in this case, the Blue Tigers. The colour, painted with so much vigour and nationalistic fervour, is losing its sheen as the likes of Bangladesh and Sri Lanka tamed the 'national animal' in Male, Maldives. Now, India face Nepal. Another poor outing against the Gorkhalis, and the seven-time champions face an early exit from the 2021 edition of the South Asian Football Federation (SAFF) Championship. (More Football News)

The last time India failed to make the final was way back in 2003 in Bangladesh when they finished third. India lost to eventual winners Bangladesh in the semis, in sudden death. Interestingly, FIFA abolished sudden death the next year. After that heartbreaking defeat, India made the final in every subsequent edition, becoming the undisputed champions of South Asia. And why not, no other country has the resources and manpower like India does, as a nation, in the region.

There's Indian Super League, I-League, Durand Cup, Federation Cup, Santosh Trophy, Rovers Cup, IFA Shield, etc. -- making India truly a football nation. But their national team continues to languish in the lower echelons of world football. And the recent results, or rather lack of it, against even lower-ranked neighbours present a worrying trend, that it's all a hoopla for Indian football.

After two draws in two outings, India are fourth with two points in the five-team table. Gorkhalis, on the other hand, sit pretty at the top with six points from two wins in two. This will be their third meeting in little more than two months. The two teams were engaged in a two-match international friendly, with India winning the second 2-1 after a 1-1 draw in the first.

Nepal's best result in SAFF Championship has been a 3rd place finish in the inaugural edition in 1993 (Pakistan). In the last edition, they were blanked 0-3 by the Maldives in the semis.

The top two teams after the round-robin phase play in the final on October 16.