Netherlands Vs Austria, Live Streaming: When And Where To Watch UEFA Euro 2020, Group C Match

Netherlands will look to stick with winning system against Austria. Check out match details, team details and likely XIs here 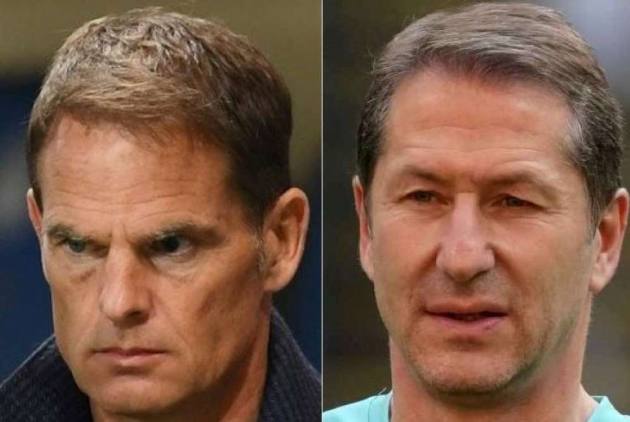 The criticism of the Netherlands' 3-5-2 formation has suddenly fallen silent.

The attacking play in the team's 3-2 victory over Ukraine on Sunday at the European Championship appears to have ended the debate — at least for now — about which system coach Frank de Boer should play.

On Thursday, expect the same lineup of three defenders, five midfielders — including wingbacks on each flank — and two attackers against Austria in the team's second Group C match at the Johan Cruyff Arena.

"Within 10 minutes, I think we had like seven shots.”

Some Dutch fans want the team to play what they consider to be the more attacking system of 4-3-3 — four defenders, three midfielders and three attackers. One even rented a plane to push home the message before the match against Ukraine.

Both the Dutch and the Austrians won their opening matches at Euro 2020, so both can advance with another victory. The top two teams in each of the six groups advance to the knockout stage, along with the four best third-place teams.

Austria leads Group C after beating North Macedonia 3-1 in their opener. It was the country's first win at a major soccer tournament in 31 years and its first ever at the European Championship.

But the celebrations were cut short. The North Macedonian soccer federation submitted a request to UEFA asking for Austria striker Marko Arnautovic to be punished for a nationalist outburst after he scored in the match in Bucharest.

The federation said the tirade was directed at Ezgjan Alioski, who is of Albanian origin. Arnautovic's father is Serbian and his mother is Austrian.

Arnautovic wrote on Instagram that he was sorry for what happened and acknowledged “some heated words yesterday in the emotions of the game for which I would like to apologize - especially to my friends from North Macedonia and Albania.”

UEFA said Tuesday it has appointed a disciplinary inspector to investigate the incident. UEFA disciplinary rules call for a minimum 10-match ban for insults based on race or ethnic origin.

Back on the field, Austria defender Martin Hinteregger said the Netherlands match will be very different from the team's opener.

“We'll have less of the ball, but that could be good as it will give us more chance to play on the counter,” Hinteregger said. “The Netherlands have incredible players, so we'll need a top, united team performance to defend against their strong attacks.”

Netherlands defender Matthijs de Ligt, who missed the first match with a groin injury, should make his return on Thursday, at least according to one of his teammates.

“I believe he is very physically fit, and he looks really well, so he looks ready to play,” De Vrij said.

The Dutch have won their last six matches against Austria. The Austrians' last victory over the Netherlands dates back to a friendly in Vienna in 1990 — before many of the current crop of players from both sides were even born.

A notable exception is goalkeeper Maarten Stekelenburg, at 38 the oldest player ever to play for the Netherlands at a major tournament.

Stekelenburg was a backup at Ajax last season until being called into the first team when Andre Onana was banned for a year by UEFA in a doping case. The Court of Arbitration for Sport last week cut the ban to nine months.

Stekelenburg made his international debut nearly 17 years ago and had his career highlight playing in the Dutch team that reached the 2010 World Cup final in South Africa, where it lost to Spain 1-0. He made his return to the national team for the first time since 2016 in a pre-tournament friendly.

“If you had asked me at the beginning of this season whether I would be the first goalkeeper during European Championship," Stekelenburg said, "I would have laughed at you." (AP)

Head-to-Head: Netherlands has 8 wins, while Austria has six. Four matches have ended in draw.