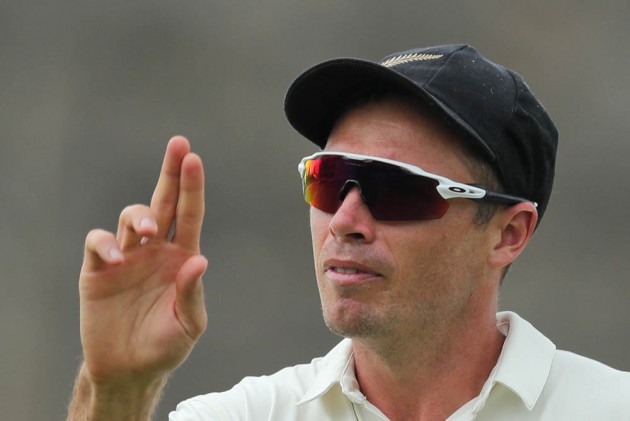 New Zealand's fast bowler Tim Southee finds himself in a historic position, sharing a batting record with legendary Indian batsman Sachin Tendulkar. The 30-year-old now has the same amount of sixes in Test cricket as the Master Blaster.

Southee achieved the feat after coming out to bat at No. 10 on the opening day of the first Test Vs Sri Lanka. En route to his 14 off 19 balls, he slammed Dhanajaya de Silva for his 69th six, same as Sachin.

Tendulkar reached the milestone in 329 innings, meanwhile, Southee reached it in only 89 innings. Southee is just one six away from levelling with Younus Khan (70 sixes off 213 innings). Southee and Tendulkar are currently 17th in the standings.

Former Black Caps captain Brendon McCullum has the most sixes in Test format; 107 sixes in 176 innings. Former Australian cricketer Adam Gilchrist is the other player to have completed a century of sixes in this format.