New Zealand's Amy Satterthwaite and Lea Tahuhu, a lesbian couple, were engaged in 2014 and then got married in March 2017. 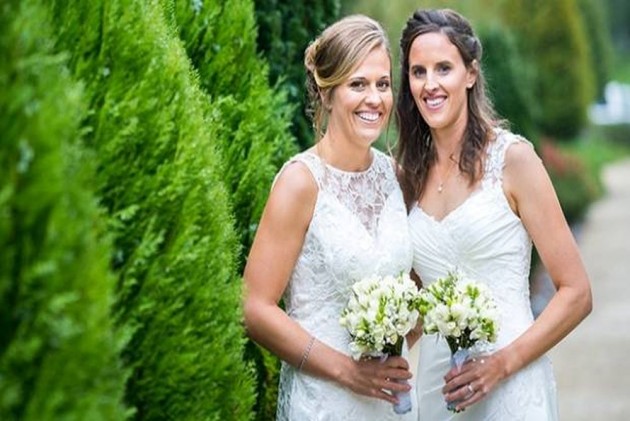 Amy Satterthwaite, the captain of the New Zealand women’s cricket team, has announced she will be taking time away from the game to have her first child with wife Lea Tahuhu. (CRICKET NEWS)

"Lea and I are overjoyed to share the news that I'm expecting our first child early in the new year," Satterthwaite said in a statement.

"It is a special time in our lives and we can't wait for this new chapter."

Lea and I are thrilled to share that I am expecting our first child early in the new year. Words cannot describe how excited we are about this new chapter ðÂÂÂÂÂÂÂ¥° #babysatterhuhu #jan2020 pic.twitter.com/UwRXJ3YMJx

Amy, who has led the White Ferns in nine ODIs and 10 T20s Internationals, feels she still has a lot of cricket left in her and is eyeing the 2021 ICC Women’s World Cup to be held in New Zealand.

“I am very lucky to have great support from NZC with regard to taking a break from the game to have a family,” she said.

“I feel I still have a lot to give to the game and look forward to working my way back with an eye on the 2021 ICC Women’s World Cup held in New Zealand.”

The Lesbian, gay, bisexual and transgender (LGBT) marriage was made legal in New Zealand in August 2013.

In a first trans-Tasman cricketing union of its kind, New Zealand and Perth Scorchers all-rounder Hayley Jensen tied the knot with long-time partner Nicola Hancock, a pace-bowling all-rounder, in April this year.