India's hopes of making the semi-finals of ICC T20 World Cup 2021 hinged on Afghanistan beating New Zealand in their final Super 12 match. But it didn't happen. 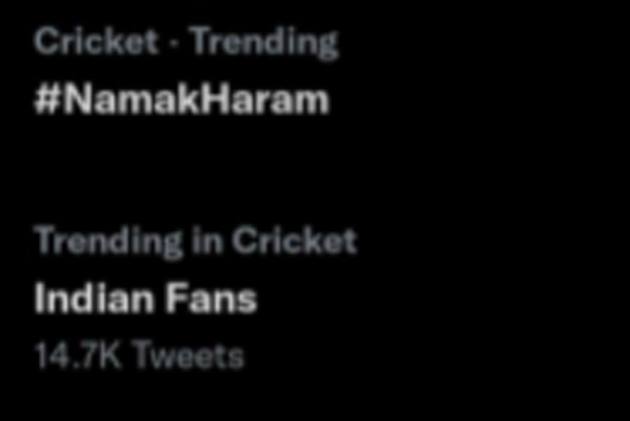 After Pakistan beat Scotland in their last match on Sunday night, the semifinal line-ups have been decided. While New Zealand will play England, Pakistan will clash with Australia.

India's hopes of making the semi-finals of T20 World Cup hinged on Afghanistan beating New Zealand in their final Super 12 match. An Afghan win would have forced the net run rate into play with the three teams on 'six points' each. But the Kane Williamson-led Kiwis produced a clinical performance to tame the Afghans in Abu Dhabi, UAE by eight wickets with 11 balls to spare in the penultimate match of Group 2.

The result rendered Monday's India vs Namibia match inconsequential as Virat Kohli & Co can now have only six points, as against New Zealand's eight. Pakistan, with four wins from their first four matches, including a World Cup first against India, were the first to qualify for the semis. From Group 1, England and Australia made the cut, escaping a three-team fight. South Africa, who also won four of their five matches, finished third thanks to their inferior net run rate.

Before New Zealand vs Afghanistan match, Indian fans flooded social media sites with hilarious memes. But on Sunday, that funfair turned into doom and gloom with many blaming the Afghans for their failure to beat the Kiwis. India's early exit also gave Pakistan fans a rare opportunity to troll their rivals. Here are some reactions:

#indianfans stop criticizing #Afghanistan
Team atleast they played better than us against nzl.#AfgvsNZ#IndianCricketTeam

Yaa sure .. now hitman time .. and I am Kohli and Indian fan but caiptaincy of Kohli is pathetic... Just hitman and dravid time..

Kohli, who will step down as India T20 captain after the match against Namibia, is yet to win an ICC trophy.

For the record, the Kiwis led by his good friend Kane Williamson, are proving a thorn in India flesh. India had lost to New Zealand in the 2019 ODI World Cup semis and the World Test Championships final last year.