New Zealand will be without Trent Boult for at least the first Test of the series against England next month after he was given permission to head home. 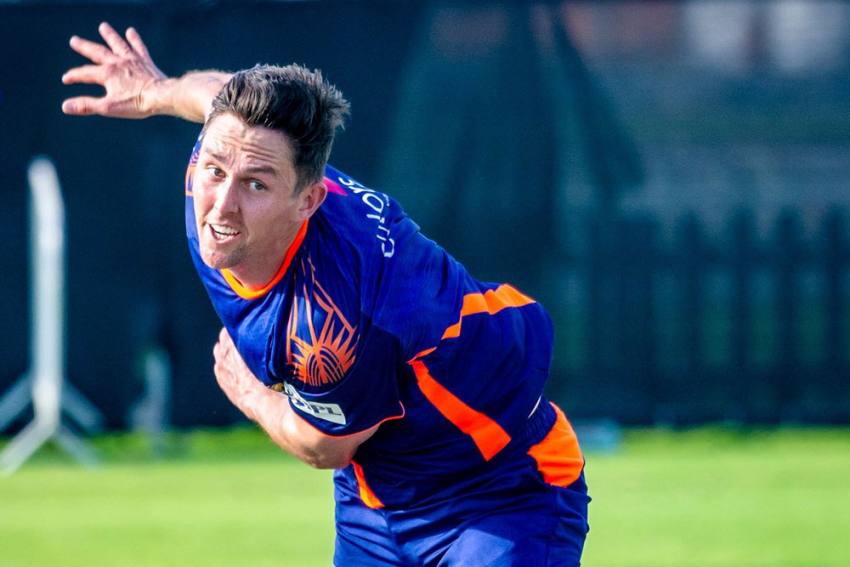 New Zealand paceman Trent Boult could miss both Tests against England after being cleared to visit his family following the postponement of the Indian Premier League. (More Cricket News)

Kane Williamson, Kyle Jamieson, Mitchell Santner and physio Tommy Simsek will stay in the IPL New Delhi mini-bubble before departing for England on May 11.

Boult, who had been playing for the Mumbai Indians before the IPL season was postponed due to rising coronavirus cases in India, has been allowed to return to his homeland before heading to England.

He will join up with the Test squad early next month, so will not feature in the first Test at Lord's - which starts on June 2.

Boult may be back in contention for the second Test at Edgbaston and will definitely be available for the ICC World Test Championship final against India, which gets under way at the Ageas Bowl on June 18.

Black Caps trainer Chris Donaldson, who has been working with the Kolkata Knight Riders, will also return home briefly to see his family before joining the Test squad.

"They've always been the consummate professionals and we're more than happy to accommodate these arrangements.

"We've worked closely with the BCCI and the IPL franchises on the various departure strategies and we're very appreciative of their support during what is, clearly, a very challenging time.

"Were also very grateful to the England and Wales Cricket Board for accommodating the early arrival of the four members of the Test squad currently in India."