Joe Denly (74) and Ben Stokes (67*) helped England into a fine position on Day 1 of the first Test versus New Zealand in Mount Maunganui. The visitors were 241/4 at the close of play. 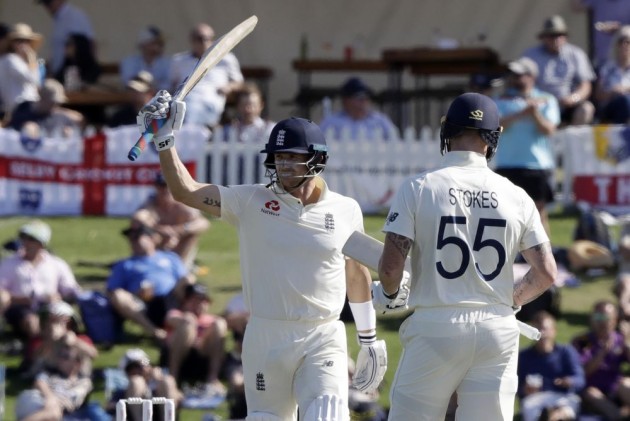 England made a solid start to the first Test against New Zealand thanks largely to Joe Denly and Ben Stokes on Thursday (November 21).

Denly (74) and Stokes (67 not out) helped England reach 241-4 at stumps on day one after the tourists opted to bat in Mount Maunganui. (CRICKET NEWS)

Rory Burns (52) also made a half-century as Chris Silverwood's team stayed patient at Bay Oval to put themselves in a decent position.

But Stokes, given a late life, and Ollie Pope (18) managed to get to stumps on a fine opening day for England.

After England decided to bat under sunny skies, Burns and debutant Dom Sibley made a good start.

Burns was lucky to survive when on 10, appearing to edge Trent Boult (0-61) behind, only to be given not out as the Black Caps opted not to review.

England had scored heavily through the leg side early in the day before De Grandhomme struck, Sibley (22) edging to Ross Taylor at first slip.

Denly joined Burns as the tourists continued to enjoy the better start to the Test, the latter escaping an lbw review when on 44.

After Burns brought up his fifth Test 50, De Grandhomme delivered another breakthrough for New Zealand as the opener edged through to BJ Watling.

Joe Root (2) had struggled as the Black Caps kept things tight, the England captain's 22-ball stay ending when he edged to Southee off Wagner.

They were the wickets New Zealand needed before tea, and Denly brought up his fifth Test half-century with a brilliant drive off Wagner after the break.

A ball after another fine boundary, Denly edged Southee and a diving Watling took a good catch to his right.

New Zealand squandered a great chance late in the day, Taylor dropping Stokes – who was on 67 – at slip off Boult to ensure England were left in a fine position.