He's Back! Pandya Takes A Stunner To Dismiss Williamson – Watch

And it took only 17 overs to mark his presence by taking a stunning catch to send Kane Williamson back off the bowling of Yuzvendra Chahal. 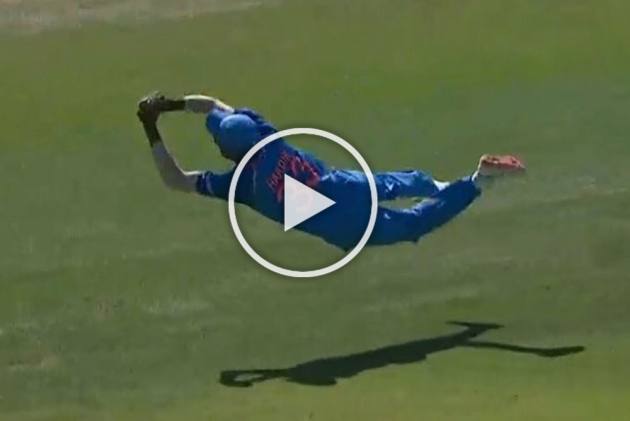 And it took only 17 overs to mark his presence by taking a stunning catch to send Kane Williamson back off the bowling of Yuzvendra Chahal.

The Kiwi skipper flicked the second delivery but failed to control the shot. Pandya, fielding at mid-wicket, took a stunning two-handed catch.

On Thursday, the Supreme Court-appointed Committee of Administrators (CoA) lifted the suspension of Pandya and KL Rahul with immediate effect, thus paving the way for the all-rounder the join the national team in New Zealand.

Rahul and Pandya were suspended from cricket following their misogynistic remarks at a celebrity chat show 'Koffee with Karan.'

Pandya, who shared the couch with Rahul on the show, faced backlash for what netizens termed 'sexist' and 'disrespectful' remarks on women. On the show, he bragged about not asking the names of women at parties and how he watched them move on the dance floor.

The all-rounder on January 9 took to social media and apologised for the incident stating he "may have got a bit carried away with the nature of the show".