NZ Vs IND, 4th T20I Live Streaming: When And Where To Watch New Zealand-India Cricket Match

India have won the series, but in a World Cup year, Virat Kohli & Co can't afford to relax. The 4th T20I match will be telecast live, and fans can also watch it online through live streaming platforms. Here's everything you need to know about the NZ vs IND cricket match at 'The Cake Tin' 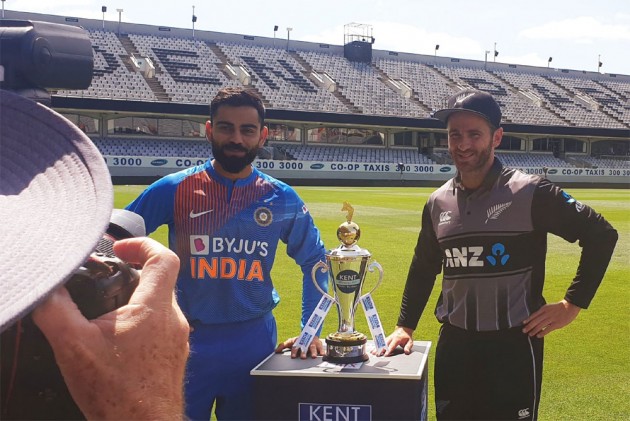 It took 11 years for India to win their first T20I series in New Zealand. And it came in a dramatic manner, featuring a Super Over -- a bane on the Kiwis. Mohammed Shami set up the shoot-out, then Rohit Sharma finished the job. Or is it? (More Cricket News)

In the first match, India chased down a 204-run target with utmost ease, showing their batting depth whereas in the second T20I, it were the bowlers who set up another big win. Both the matches were played Eden Park, Auckland where India are undefeated. Then, they took an unassailable 3-0 lead with a thrilling win at Hamilton.

This Indian team under Virat Kohli will not rest easy until the series, the tour, is over. So, the series win will only serve as an appetiser. As the skipper hinted, India are likely to field a different XI, but that doesn't mean that the visitors will play is soft.

Head-to-head: 14 - New Zealand 8-6 India. Yes, New Zealand won the first five meetings between the two sides. But tables have turned. India have won four of the last five matches, and India are going for a clean sweep in the series.