New Zealand Vs India Live Streaming: When And Where To Watch 5th And Final NZ Vs IND T20I Cricket Match

Can we expect another Super Over, or even a 5-0 series sweep for India against the Kiwis in New Zealand? Here's how you can watch and follow the 5th NZ vs IND T20I match. The Bay Oval match will be telecast live, and fans can also watch it online through live streaming platforms. 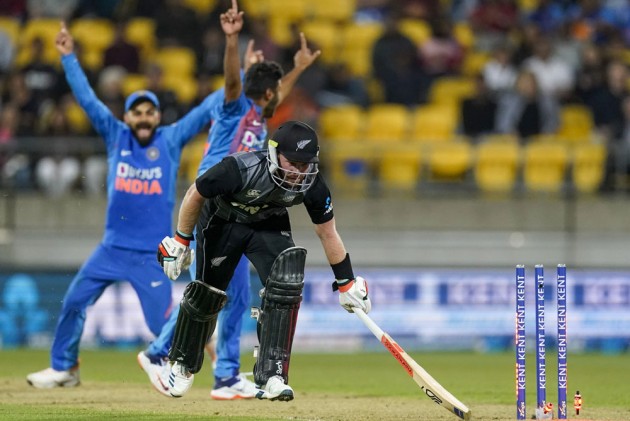 The series started with New Zealand leading the head-to-head record 8-3, and after four matches, which also witnessed back-to-back Super Over matches, India now have need one more win to make it 8-8. The Kiwis won the first five matches the teams met, and now, India are looking for an almost improbable looking whitewash. Can Virat Kohli & Co make it 5-0? Well, we will know that today (February 2). (More Cricket News)

It's been one stirring tour for India, so far. The T20I leg started with two comfortable wins, by six and seven wickets respectively at Eden Park, Auckland; then two stunning Super Over wins, snatching victories from the jaws of defeats. In Hamilton, Mohammed Shami produced a sensational last over to force the one-over shoot-out, then Rohit Sharma hit back-to-back sixes to win the third match. It was mayhem at Seddon Park as India celebrated their first-ever Super Over with a win. Having taken an unassailable 3-0 lead, both the stars were rested for the penultimate match. But, there's no dearth of matchwinners. Shardul Thakur did a Mohammed Shami at Westpac Stadium, before Virat Kohli hit the winning runs, a four off the stand-in skipper Tim Southee. The veteran bowler faced the same fate in the previous match. It was even crazier scenes at Wellington. Another common scene, though, was KL Rahul's brilliance.

For the record, India's T20I record in New Zealand is 5-4 against the hosts.

India are likely to make more changes. Virat Kohli can even afford to have a rest, thus letting Rohit Sharma lead the team. Rishabh Pant may also get a game, and Kuldeep Yadav can come in for Yuzvendra Chahal. For the Kiwis, both Martin Guptill and skipper Kane Williamson are likely to miss the match. What's the point aggravating the injuries, that too in a dead rubber. But again, this is an international match and this is Williamson's home game. Many decisions to take.

Bay Oval is known for its windy conditions, and batsmen often dominate the bowlers. Expect lots of runs. But don't expect another Super Over.