New Zealand are playing two Tests against England at the Lord's and Birmingham before their World Test Championship final against India from June 18. 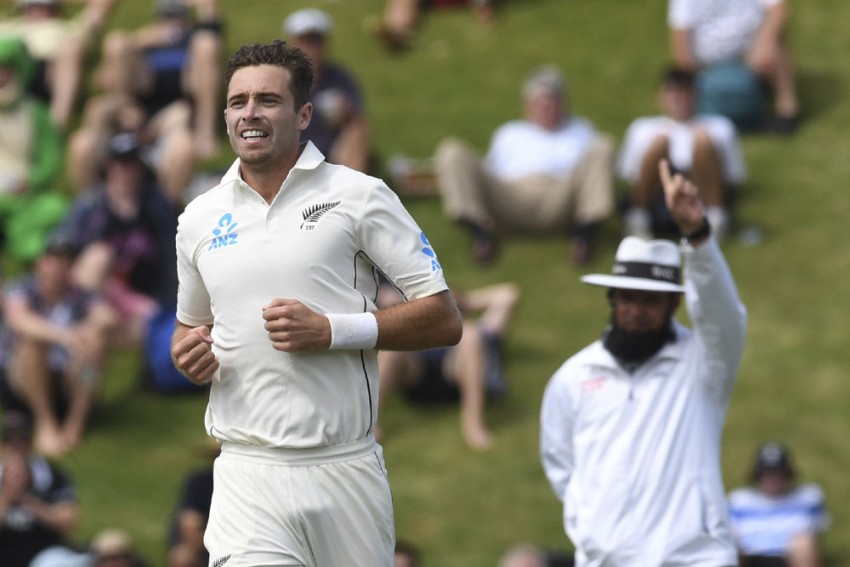 Senior New Zealand pacer Tim Southee believes that the upcoming two-Test series against England would serve as "great preparation" for his team as it gears up for the marquee World Test Championship final against India in Southampton. (More Cricket News)

New Zealand are playing two Tests against England at the Lord's (Jun 2-6) and Birmingham (Jun 10-14). The WTC final final is scheduled from June 18.

Asked if the focus will be on the WTC final, Southee said: "Anytime you get to play a Test match for New Zealand, it's an amazing opportunity and I don't think you treat them as warm-ups. Our focus is first and foremost on the two match series against England."

But the 32-year-old with 302 Test wickets didn't deny that it was indeed a great opportunity to gear up for the big battle against India.

"....but great to have those matches leading to the final. So for us, it's great preparation for that final but we are looking at two-match series against a quality English side in their conditions," Southee said.

Southee also didn't feel that three Tests in three weeks will be much of a workload after a welcome break for many.

"It's exciting to play three Test matches in a short space of time," Southee said after his first training session at the Ageas Bowl following a three-day hard quarantine.

"It is something that the team doesn't get to do that often. We've come off a bit of a break, which has been nice, and (we have) been able to get some conditioning into our bodies...," Southee said.

He believes that they will be ready to cope with the rigours with some quality training sessions in the next two weeks.

"So, the guys are refreshed in some sort of way, using the next couple of weeks to get ourselves prepared and ready to play three Test matches. They are in quick succession but we have had a chance to prepare physically leading into this with some strength and conditioning stuff.

"Now, it's just getting our loads to a point over the coming weeks so that we can rock on to those three Test matches."

He said stepping in to the Lord's ground will be emotional for them remembering the World Cup final which they lost on boundary countback.

"It's tough being emotional and caught up with it, you look at it as an amazing game of cricket, which did wonders for the one day game, from the players that were involved in it.

"It's one of those matches you relive and relive for the rest of your lives. When we turn up at Lord's there will be few guys who will have mixed emotions," Southee said.

The post-quarantine training in Southampton is also very helpful as they would play India at the same venue.

"I imagine we'll probably be in the same room when we come back and it's nice for the guys who haven't been here to be able to come here and experience it," he said.

"And when you come back for the final, you're a little bit more comfortable having spent some time here."

At 32, Southee believes that he has many more years of Test cricket left in him with a role model like James Anderson to emulate.

"Age is just a number and it's great to see guys like Jimmy bowl at 38, and it's a dream playing for your country and I would like to do it for many more years to come," he signed off.