Speaking at length about the potential effects of the Saudi ownership, Klopp said Newcastle was now 'owned by a country'. 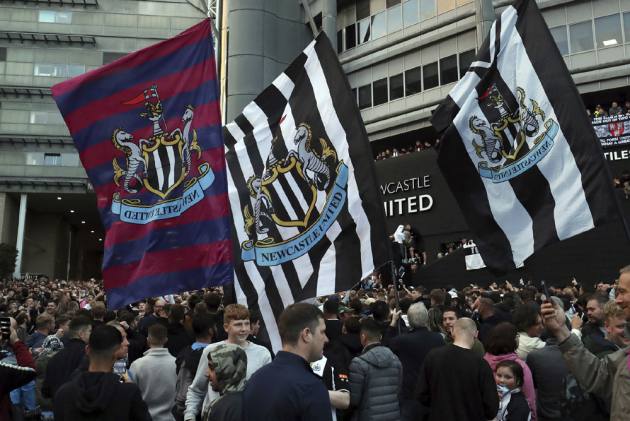 Liverpool manager Jürgen Klopp called on the Premier League on Friday to explain the reasons for approving the buyout of Newcastle by Saudi Arabia's sovereign wealth fund amid human rights concerns in the kingdom. (More Football News)

Speaking at length about the potential effects of the Saudi ownership, Klopp said Newcastle was now “owned by a country” and would have a “guaranteed” spot in the Champions League within a few years.

The Premier League approved the protracted 300-million-pound ($409 million) takeover last week after saying it was satisfied that the Public Investment Fund produced “legally binding assurances that the Kingdom of Saudi Arabia will not control Newcastle."

That fund, which has bought 80% of the club, is chaired by Saudi Arabia's crown prince, Mohammad bin Salman, while there are six Saudi ministers and an advisor to the royal court on the PIF's board.

Activists have highlighted to the Premier League Saudi human rights violations, including the 2018 killing of journalist Jamal Khashoggi in the Saudi Consulate in Istanbul after U.S. intelligence services said they believe the slaying came at the crown prince's orders. The kingdom has denied that.

“Actually, I was waiting for some official statements about it from (Premier League chief executive) Richard Masters or somebody else, because we all know there are obviously concerns about human rights issues,” Klopp said.

“I think that's all clear, we all think the same there.”

“Obviously,” Klopp added, “the Premier League, or Richard Masters, thought, Yeah, let's give it a go.' It's not the first time, but as far as I know, it's the first club which is now owned by a country. I'm not sure how many countries are still out there who have the financial power and interests to do so, but this is how it is.”

Klopp was clear: football will have a new superpower “in five, six, seven years.”

“The new owners of Newcastle have enough money to buy the whole league,” he said.

“Maybe they will fancy that at one point, and it opens up again and everyone has the same chance.”

Newcastle's first game under its new owners is against Tottenham in the Premier League on Sunday.

The ownership of two other leading European clubs are linked to state investments since the takeover of Manchester City by Abu Dhabi's Sheikh Mansour in 2008 and the Qatari funding of Paris Saint-Germain since 2011.