The decision is the first big call by the Saudi sovereign wealth fund that took control of the northeast English club, which is in the relegation zone eight matches into the season. 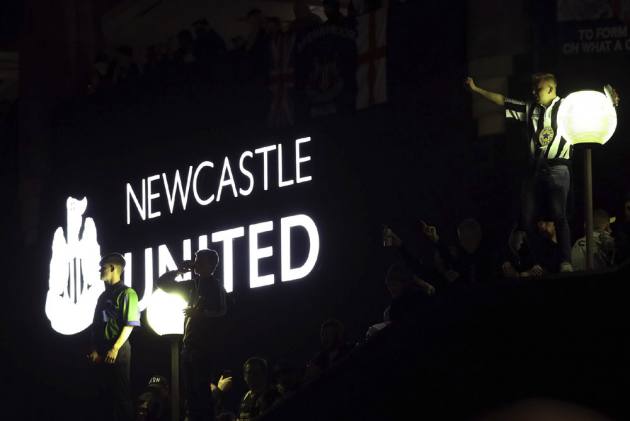 The decision is the first big call by the Saudi sovereign wealth fund that took control of the northeast English club, which is in the relegation zone eight matches into the season.

Newcastle said Bruce left by “mutual consent” after being in charge since July 2019. Fans were chanting for his firing during Sunday's 3-2 loss to Tottenham, which was his 1,000th game as a manager.

“I am grateful to everyone connected with Newcastle United for the opportunity to manage this unique football club," Bruce said in a statement.

“I would like to thank my coaching team, the players and the support staff in particular for all their hard work. There have been highs and lows, but they have given everything even in difficult moments and should be proud of their efforts.

“This is a club with incredible support, and I hope the new owners can take it forward to where we all want it to be. I wish everyone the very best of luck for the rest of this season and beyond.”

Bruce, a former Manchester United defender, wasn't a popular appointment because he had previously coached rival Sunderland. Newcastle fans also saw him as a downgrade to predecessor Rafa Benitez.

“By the time I got to Newcastle, I thought I could handle everything thrown at me," Bruce, who had coached at nine clubs before Newcastle, told British newspaper The Daily Telegraph, "but it has been very, very tough.

“To never really be wanted, to feel that people wanted me to fail, to read people constantly saying I would fail, that I was useless, a fat waste of space, a stupid, tactically inept cabbage head or whatever. And it was from day one."

Assistant coach Graeme Jones will be in temporary charge for the match at Crystal Palace on Saturday. Former Roma and Shakhtar Donetsk coach Paulo Fonseca has been widely linked with the job.

“The process of recruiting a new head coach is under way and an appointment will be announced in due course,” Newcastle said.