Novak Djokovic visa saga is far from over as the Serbian still face the prospect of deportation. Djokovic is bidding to win a record-extending Australian Open title and become the first male to win 21 Grand Slam titles. 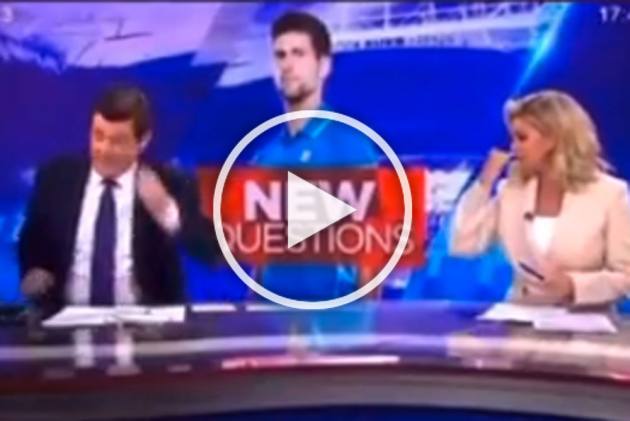 After winning a court battle to remain in Australia, 20-time Grand Slam winner Novak Djokovic started training on Tuesday ahead of the season-opening Grand Slam in Melbourne. The defending Australian Open champion managed to elicit support from a section of tennis fans, including Australians, during his much-publicised Visa saga, but the Serbian remains a divisive figure Down Under. (More Tennis News)

In a leaked footage circulated online, two Australian newsreaders were caught slamming Djokovic and even called the tennis great a "lying, sneaky a***hole". It happened during a bulletin break.

Here's video footage of the discussion between 7NEWS news anchors, Rebecca Maddern and Mike Amor, on the controversy surrounding Djokovic.

"Like whatever way you look at it... It’s unfortunate that everybody else stuffed up around him.

"Like, to go out when you know you’re Covid positive- Well, I don’t think he was even COVID positive."

Amor said Djokovic "gave a bulls*** f***ing excuse, didn’t he, fell over his own f***ing lies, which is what happens, right? That’s what happened."

"And him now ticking that he didn’t go to Spain, it’s just like…

"I think most fair-minded people would say the bloke’s an a***hole. Did they do the right thing by him? I don’t know," Maddern wondered.

The saga is far from over though as Djokovic still faces the prospect of deportation because he's not vaccinated for COVID-19.

Also, fresh questions are being raised over Djokovic's declaration, basis which he was granted the exemption, with Australian media reports claiming that the border officials are investigating whether the tennis star made a false claim.

According to reports, the 34-year-old's entry form stated he had not travelled in the 14 days before his arrival on 6 January. Bur social media posts appear to show him in both Serbia and Spain during that fortnight.