Neymar Back To Barcelona? Birthday Parties In Brazil Would Have To Stop – Jordi Mestre

Neymar has been heavily linked with a Barcelona reunion after leaving the LaLiga champions for PSG in a world-record €222million transfer in 2017. 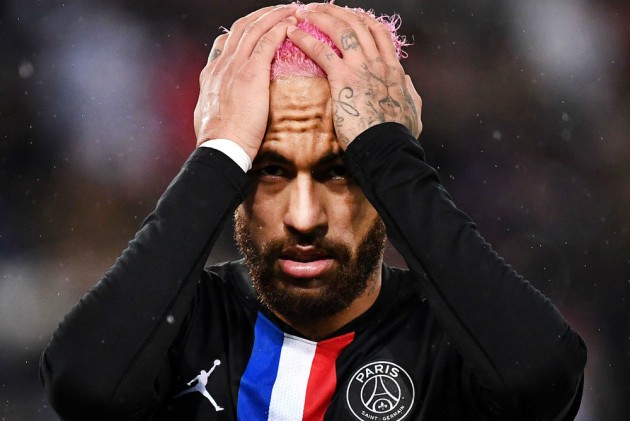 Neymar has been heavily linked with a Barca reunion after leaving the LaLiga champions for PSG in a world-record €222million transfer in 2017.

The Brazil forward wanted a Barca return in the off-season, but a move away from the Ligue 1 giants did not materialise.

Asked about Neymar, Mestre – who resigned in July – told Mundo Deportivo: "The players asked for him, but didn't pressurise the club. I came off badly in that.

"If he had come back and the club had benefitted because of it, I wouldn't have a problem with that. I'm not that proud.

"On sporting terms he could come back but on a series of conditions. Firstly, PSG have to agree, then he would have to withdraw his lawsuit and acknowledge that he was in the wrong and after that, all the birthday parties in Brazil would have to stop.

"There were players from the first team squad who were at a wedding with him but had no idea that he wanted to leave."

On his own exit from Barca, Mestre said: "I felt I'd been fighting an uphill battle for some time. I had a different ideas about things to other board members but it wasn't important.

"I realised that I was the only one who thought in a certain way. The football committee which comprised [Josep Maria] Bartomeu, [Javier] Bordas, [Jaume] Elias and [Xavier] Vilajoana were not in agreement with me or with Pep Segura in his role as general manager. I was the only one who defended him and I felt alone."

It has been a turbulent period for Barca – who are three points behind LaLiga leaders Real Madrid – after head coach Ernesto Valverde was sacked, while superstar captain Lionel Messi was involved in a public row with director of football Eric Abidal.

"You have to recognise the merits of everything they have achieved in recent years," Mestre said. "The least they deserve is some respect and gratitude but you also have to be aware that nothing lasts forever. We are going through a transition and so you have to give people time and be patient."