Neymar Out To 'Make History' For PSG When Champions League Returns 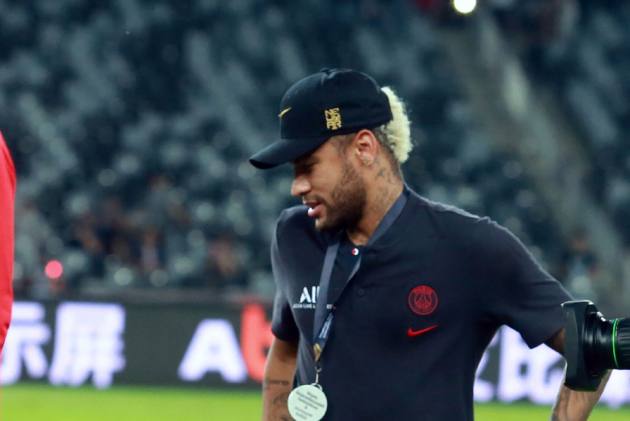 Neymar is determined to "make history" for Paris Saint-Germain when the Champions League returns in August.

The world's most expensive player has been unable to lead the Ligue 1 champions to European glory since his €222million move from Barcelona in 2017.

Neymar scored twice in the 3-2 aggregate victory over Borussia Dortmund in the last 16 before the 2019-20 competition was suspended due to the coronavirus pandemic.

UEFA plans to stage this season's quarter-finals onwards in a 'mini-tournament' format in Portugal, by which time PSG will not have played for nearly six months, with the Ligue 1 season having been concluded early on a points-per-game basis.

Having won the French title for the third time, Neymar now wants to deliver the Champions League to the capital.

"This period was atypical, but the main focus was to keep safe, with steady body and mind," the Brazil star said via his official website.

"I am ready and excited to return, thinking a lot about the Champions League, of course. We have a strong group, conquered a historical qualification, with the same intensity and dedication, but I miss the heat of the game. I can barely wait to enter the pitch and to, if it's God's will, make history."

Neymar's fitness coach Ricardo Rosa has been impressed with the player's dedication to keeping in shape during months of inactivity.

"The main emphasis was Neymar's dedication, effort and performance he had, his focus," Rosa said.

"I've never had the possibility of being three months straight with him and he demonstrated dedication and commitment, excited to do his job, showcasing trust and respect for my work."