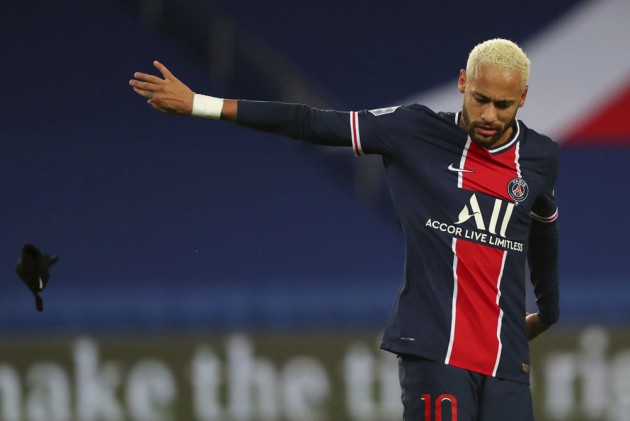 The Brazil star struck in Saturday's home game against Bordeaux, equalising from the spot after winning a first-half penalty himself.

Neymar, who warmed up in a shirt paying tribute to the late Diego Maradona, had a hand in Moise Kean's quick second, too.

The leveller was Neymar's 50th league goal for PSG in what was only his 58th appearance in France's top flight since he joined in August 2017 in a world-record €222million move from Barcelona.

The previous quickest to the tally since 2000 was former PSG striker Zlatan Ibrahimovic, who needed 59 games.

He has yet to deliver the Champions League, though, with PSG reaching the final for the first time last season only to lose 1-0 to Bayern Munich.