Neymar set aside three months of injury issues and transfer speculation as he made his first appearance of the season in Brazil's 2-2 draw against Colombia in a friendly in Florida on Friday (September 6). 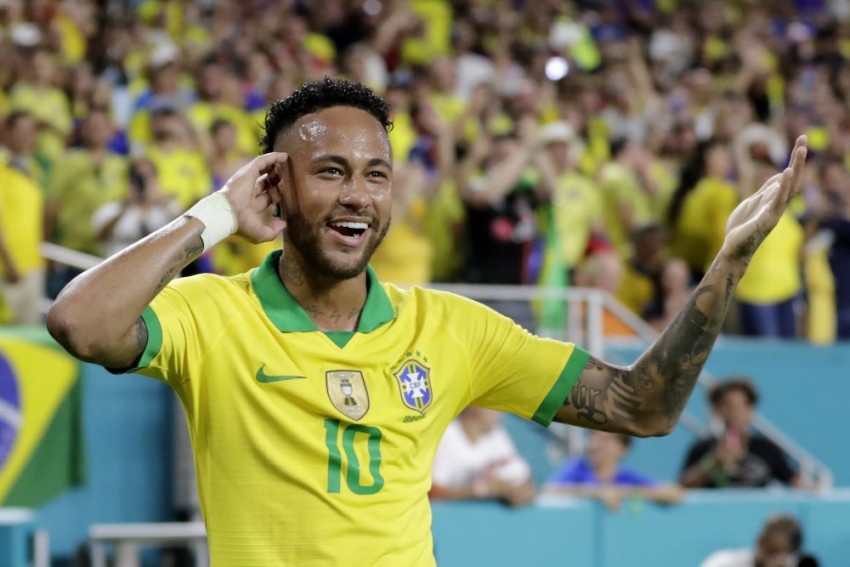 Neymar celebrates after scoring a goal of his team during an international friendly between Brazil and Colombia in Florida on Friday (September 6).
AP
Outlook Web Bureau September 07, 2019 00:00 IST Neymar Scores On Injury Return As Brazil, Colombia Play Out Entertaining Draw 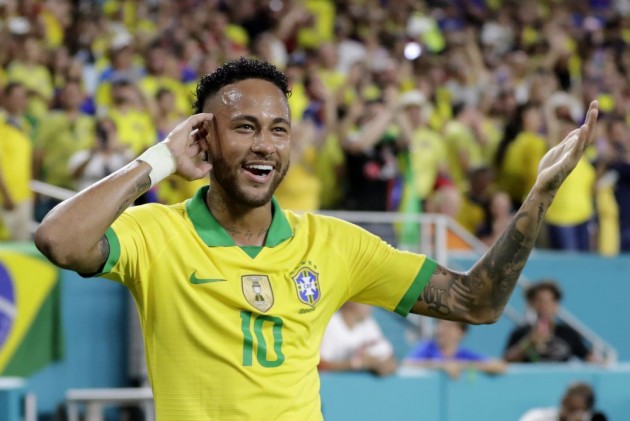 Neymar didn't disappoint in his much anticipated return, grabbing a second-half equaliser for Brazil in a 2-2 friendly draw with Colombia. (FOOTBALL NEWS)

The Paris Saint-Germain star was playing for the first time for club or country since suffering an ankle injury in a friendly against Qatar in June, which ruled him out of the Copa America.

Before a sell-out crowd of 65,232 at Hard Rock Stadium, home of the NFL's Miami Dolphins, Neymar delivered for Brazil, scoring the equaliser in the 58th after setting up Casemiro for the game's opening goal in the 20th minute on Friday (September 6).

Colombia were lacking top stars James Rodriguez and Radamel Falcao, but thanks to Luis Muriel's brace they gave Copa America champions Brazil a fright before Neymar rode to the rescue and Tite's men extended their unbeaten run.

Although Neymar made a quiet start, it was his cross from a corner that found a soaring Casemiro, who nodded past helpless Colombian keeper David Ospina to open the scoring.

The lead didn't last long as Luis Muriel converted from the spot in the 25th after taking a high kick from Alex Sandro.

Less than 10 minutes later Muriel fired Colombia ahead 2-1. Roger Martinez launched the counter-attack and Duvan Zapata played a ball out wide to Muriel, who blasted past Ederson.

Coutinho was key to Brazil's 58th-minute equalizer, finding Dani Alvez from the halfway line. Alvez's cross found Neymar, who was in the right place to slot a side-footed shot into an empty net.

The draw extended Brazil's unbeaten run to 17 matches, a streak that dates back to their 2018 World Cup elimination by Belgium.

Neymar notched his 61st international goal, put him one behind Ronaldo, who sits second on Brazil's all-time list headed by Pele's 77.

Both countries will be back in action on Wednesday, with Brazil hosting Peru in a Copa America final rematch in Los Angeles and Colombia taking on Venezuela in Tampa, Florida.