Neymar, who hasn't featured for club or country since injuring his ankle in a pre-Copa America friendly against Qatar in June, is part of Brazil's squad for Friday's friendly with Colombia in Miami. 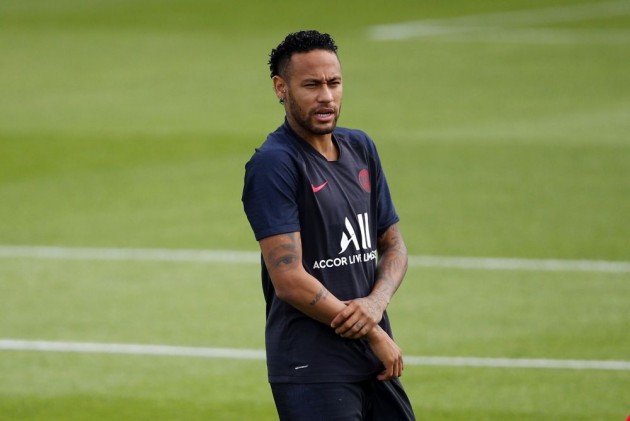 Brazil coach Tite said Neymar will make a long-awaited return from injury when the South American champions take on Colombia in a friendly in Miami on Friday (September 6). (FOOTBALL NEWS)

Paris Saint-Germain star Neymar has not played since suffering an ankle injury in a friendly against Qatar in June which ruled him out of the Copa America.

However Tite on Thursday said the striker had been declared fit and ready to return against the Colombians in Friday's game at the Hard Rock Stadium.

"Clinically he has recovered from the injury that as everyone remembers removed him from the Copa America," Tite said.

"If he wasn't fit, he wouldn't be with the national team. We are not irresponsible to force a situation when it concerns the athlete's health," Tite added.

"Me and the coaching staff will be very attentive to his development. He is ready, he is capable of doing what the team needs," he added.

Brazil went on to win the Copa America crown without Neymar in July, their first victory in the tournament since 2007.

Since then Neymar has been embroiled in a protracted saga, which saw him fail in his attempts to engineer a move back to Barcelona from PSG.

Tite meanwhile said he expects a demanding test of his team against Colombia, who were eliminated in the quarter-finals of this year's Copa America.

"It will be a strong confrontation. We all know the quality of the Colombian national team," Tite said.

While the game will mark the return of Neymar, Tite also plans to hand a debut to Real Madrid's 19-year-old Vinicius Jr.

"I'm happy to be here realising my dream," Vinicius said. "It's hard to believe that at 19 I'm here next to the best players, next to my idol (Neymar) and the players I'd always supported," he told a press conference.

Colombia meanwhile will be without star attackers Radamel Falcao and James Rodriguez.