Neymar To Miss Barcelona Champions League Clash, Out For Up To Four Weeks

Paris Saint-Germain will be without Neymar when they face his old club in the Champions League this month and he could miss the return leg. 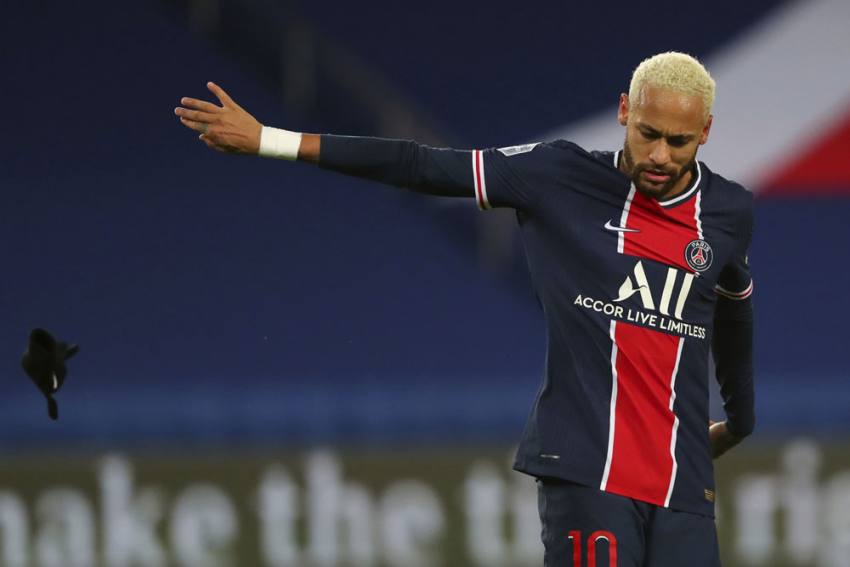 Neymar will miss Paris Saint-Germain's trip to former club Barcelona in the Champions League after being ruled out for up to four weeks. (More Football News)

The Ligue 1 club, who head to Camp Nou next Tuesday, confirmed the Brazilian had suffered an adductor injury in the Coupe de France win over Caen on Wednesday.

The estimated recovery time would also put Neymar in doubt for the return leg of the last-16 clash with Barca, which takes place on March 10.

Neymar suffered the injury around the hour mark of the 1-0 win, with the 29-year-old clutching at his groin.

"His left adductor muscle is affected and they will examine him to see what type of injury he has," he said.

"The reality is that we do not know the extent of the injury, tomorrow we will know more."

Sure enough, a PSG statement released on Thursday confirmed a notable setback for Neymar.

"Neymar suffered a lesion to the left adductor on Wednesday evening," it read.

"After analysis of clinical exams and scans, it is expected that he'll be out for around four weeks depending on the evolution of the injury."

Neymar has often suffered untimely injuries at a similar time in previous seasons during his stint at PSG.

In 2018, Neymar sustained a broken toe in February, meaning he missed almost three months of action, with PSG losing 5-2 on aggregate to eventual Champions League winners Real Madrid in the last 16 in his absence.

An ankle injury then kept him out from January to April in 2019, with PSG going out at the hands of Manchester United, though he was fit to help the Parisians overcome Borussia Dortmund in last season's tournament, prior to the coronavirus-enforced suspension.

PSG went on to lose in the final to Bayern Munich, though Neymar has lifted the trophy before, having scored in a 3-1 win over Juventus in the 2015 showpiece.