Ngangom Bala Devi Is An Inspiration To All Women Footballers: Praful Patel

The national team striker from Manipur is currently on a professional contract with Rangers, the first Indian woman footballer to do so 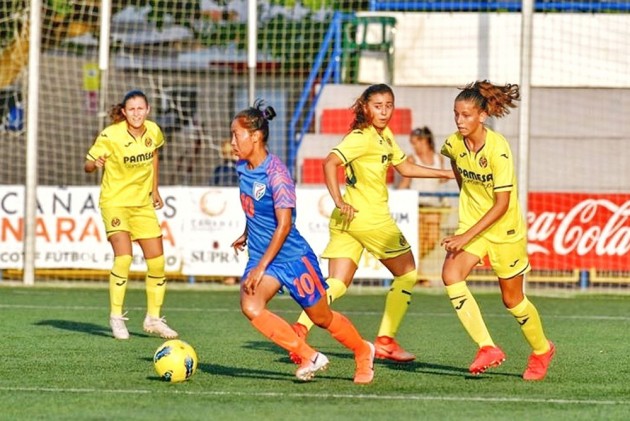 The national team striker from Manipur is currently on a professional contract with Rangers, the first Indian woman footballer to do so.

During a virtual interaction with national team players across all age-groups, Patel told Bala Devi: "We are extremely proud of your achievements. You have shown the road ahead to the budding footballers, and have proved that our women footballers are in no way inferior to anyone.

"I am sure you will make others – your colleagues, the U-17 women's team girls dream too."

Bala Devi, who is currently in Glasgow said that the exposure stints with the national team made her confident as a player.

"In 2018-19 we were constantly playing, or camping. It made me more confident of my abilities as a player, and made me believe in myself. We played against so many countries including matches in Europe," she said.

"Those matches helped me immensely to get myself the current club contract."

Bala Devi was referring to the senior team playing 25 friendly matches in 2018-19, something which was also highlighted by goalkeeper Aditi Chauhan.

"On behalf of everyone in the team I need to thank you for all the exposure tours," Aditi told the AIFF president.

"The standard of football in our team has improved drastically. Results have followed and it has made us more confident, and helped us mature into better players."

Striker Dangmei Grace added: "The more we got to play the more we improved. The strong International calendar helped us a lot. It was exciting, and we look forward for such matches."

Patel interacted at length with all the players on an individual basis to understand their mindset during the COVID-19 pandemic.

Indian men's team central defender Sandesh Jhingan maintained that everyone should "do their best to stay fit."

"We cannot control what is not in our hands. But we need to utilise the time to stay fit as and whenever everything opens up once again," Jhingan expressed.

"On my part, we have been provided schedules from the national coach (Igor Stimac) and professor (Luka Radman) and I am sticking to it."