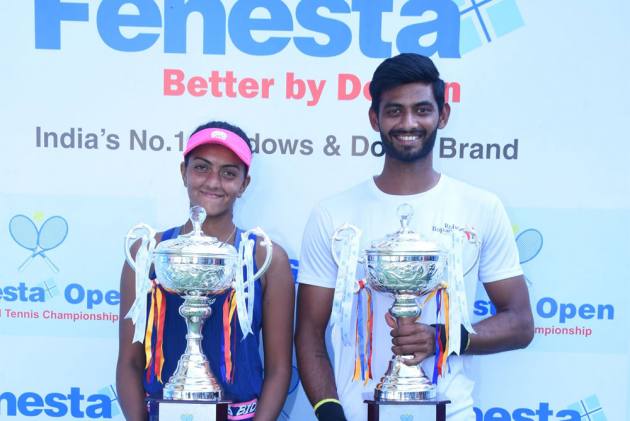 In the women's final, Zeel played near-flawless tennis against qualifier Sharmada Balu for a 6-3, 6-0 win to not only claim the title but also pocket a prize money of Rs 3 lakh.

"Today, I played really well. Like, she (Sharmada) was also so much confident because she beat the second seed yesterday and she was playing really well in the first set," Desai said.

"I maintained my composure, so I went through the first set and then second set I was much more solid, so she may have mentally broke down and I won."

"It's great to win the second time over here. Overall, my game was very shaky but I was holding in the second set and I pulled through it," said Nikki, who won Rs 3 lakhs in prize money.