On Wednesday, Nisha Dahiya and her brother Suraj were mistakenly declared shot dead in Sonepat. Later it was found that the deceased was her namesake and upcoming wrestler. 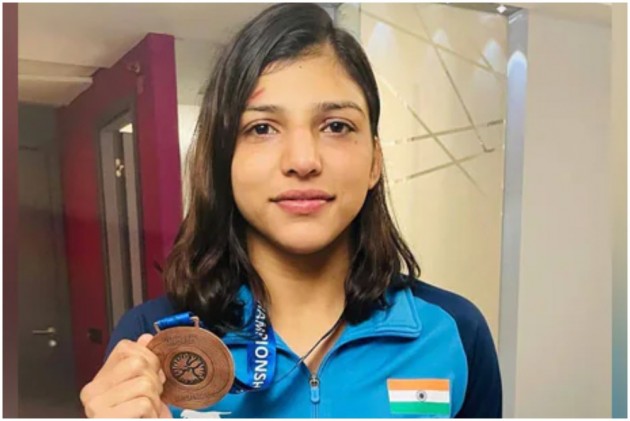 Nisha, who claimed U-23 World Championships bronze in Belgrade last week, had earlier defeated Haryana’s Priyanka 7-6 in the semifinals. “It indeed is a happy and perfect end to my campaign. I was so stressed yesterday. I could not even sleep.

“I was already low on energy due to weight cut and this incident just proved too much to handle,” said Nisha, who represents Railways, after winning her third National gold.

Earlier on Wednesday, the whole nation went in shock when it was reported that Nisha and her brother have been shot dead in Sonepat.

It's good to see wrestler #NishaDahiya is safe and well. Best wishes ðÂÂÂÂÂÂÂÂÂÂÂÂÂÂÂÂÂÂpic.twitter.com/QppvcYDALD

Meanwhile, it was later discovered that the deceased was her namesake and an upcoming wrestler. Nisha dominated throughout the day and was too hot to handle for her opponents. “Of course, an athlete wants to be discussed and talked about but I am sure not in this way.

“I want people to know for my performance and not for such freak incidents,” she said. “I got so many calls that I had to switch off my phone. It was becoming tense and I wanted to stay focussed on my competition. Eventually, it did not affect my performance,” said Nisha, who is coached by Arjuna awardee Satyawart Kadian.

In the women’s 76kg event, 37-year-old Gurhsranpreet Kaur won seventh National gold after her rival Pooja Sihag left in tears after twisting her right arm when the Punjab wrestler made a move on counter-attack as the match ended in the first period itself.

The competition for women was held was held only in two categories on Thursday while the Greco Style event concluded on the opening day of the championship. The two finalists in each category will represent India at the Commonwealth Championship, scheduled to be held in Pretoria, South Africa from December 3-5.

While the gold medal winner will travel at the government’s expense, the runner-up will have to go on his own. The WFI may ask for trials in men’s freestyle 92kg since Deepak Punia, who skipped Nationals due to injury, has expressed interest in competing.